5 Board Games for Any Party Anywhere 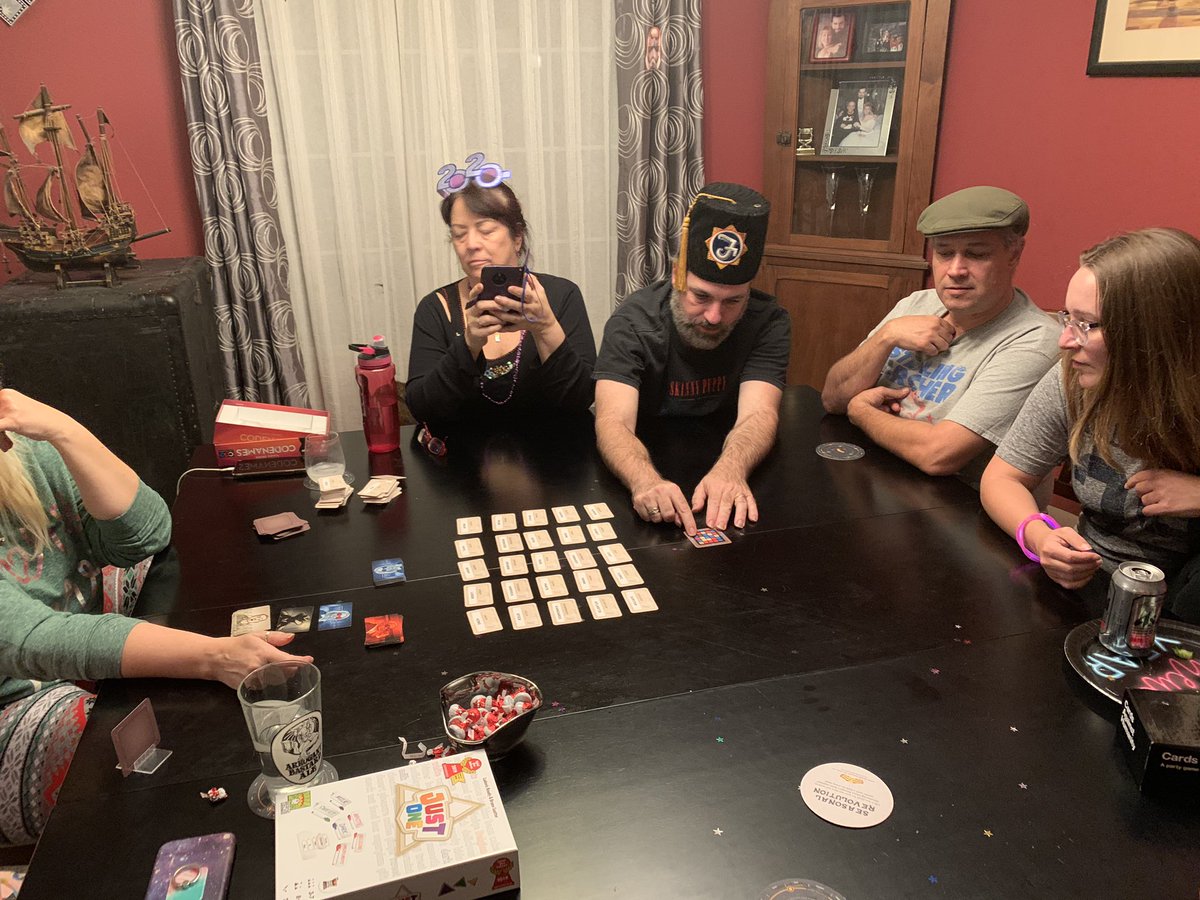 5 Board Games for Any Party Anywhere

Everyone loves a party but what do you actually do there? Not a birthday or anniversary — just a gathering. Sure, you talk to people. But if you don’t really work the room, you can miss the chance to connect with most of the people there.

That’s why the party game exists — to bring people together. Party-style board games give you an excuse to interact and laugh with people you like, love or even you just met. These days, we spend nearly a quarter of our time in artificial social spaces. Do I even need to quote research to say that’s not a good thing and we need more time with friends IRL? (okay, here you go.)

The great news: Party games have gotten so much better than even just 15 years ago. If you pick the right ones, you get half-hour experiences that can wonderfully bring a party of people together.

So let’s get to this list of excellent party games that have given me hours and hours of joy with friends both old and new:

Not so much a game as a fun activity, this drawing game doesn’t require you to be an artist at all. In Telestrations, players draw a picture of representing the word on their card into a dry erase book with multiple pages and passes it to the next player. That player looks at the drawing and writes a word or two to describe it. Then, books are passed again and the next player draws based on those words…and so it goes, varying between a word and a picture. When the books reach the original player, they are revealed and everyone gets to see the hilarious interpretations. Telestrations is a riotously fun experience for up to twelve players.

This award-winning game from Vlaada Chvatil is a team-based word game, but one with minimal ‘word nerd’ pressure. Like the classic game Password, each of the two teams has a clue giver providing a word to their team to elicit one word responses. The catch in Codenames is that the clue giver can clue more than one word each turn, in a race to identify all your words on a 5×5 grid before the other team guesses theirs. You need two people willing to come up with clues, but the rest of the team can enjoy the game without feeling any pressure. There’s no upper limit on players if everyone can see the cards. You can even get bigger cards with the XXL edition.

An award-winning trivia game that won’t frustrate people without a Trivial Pursuit mind. Every question in Wits & Wagers is a number you can guesstimate. Furthermore, if the question is just not your thing, the second part of a round involves betting on who got it right. This excites the gambler in your players and gives people a second chance. Wits & Wagers is enormous fun and it has been a hit at our parties for many years.

The newest game on the list, Just One is probably the easiest of these games and it’s also cooperative. That means everyone is just working together to do well and laugh it up. Each turn, the active player has to guess a word based on one word clues from everyone else (written on individual display stands). However, if the players come up with the same clue, they aren’t revealed and that limits the information the active player gets. You play to see how many of thirteen words you can get. While Just One requires a little thinking, it’s noto so much that you can’t do it after a couple of glasses of wine. A definite winner for up to 7 players.

— Maybe you know Apples to Apples (or its NSFW cousin Cards Against Humanity). A wonderful similar game is Dixit, which has the same “judge picks the one they like” concept but uses gorgeous and unique images on each card. The active player plays a card and gives a creative word or phrase to describe it. Everyone else puts a card from their own hand into the mix, and players then guess which one the active player added. The goal is to not be too on-the-nose so everyone picks your card. Ideally, you want just one person to get your hint. Poor guessers can still get points for people picking the card they submitted instead of the original. Dixit is a blast and has many expansions available.

Why We Party Game

Let’s be clear on one last point: Party games are not about winning! They are about having fun in a shared experience, not crushing your competition. It doesn’t mean you can’t have a good time competing, it just means that you should focus on the fun and the people first. It’s a party, folks!

So toss out the old Trivial Pursuit (unfair advantage), Bunco (boring), and Taboo (tiresome) and replace them with the winning choices above. Turn your next party into a great experience for everyone and build those real-life friendships that we all cherish so much more than a zillion “friends” online.

This article contains affiliate links. If you choose to purchase my recommendations via my affiliate links, you help support me at no additional cost to you.

One thought on “5 Board Games for Any Party Anywhere”