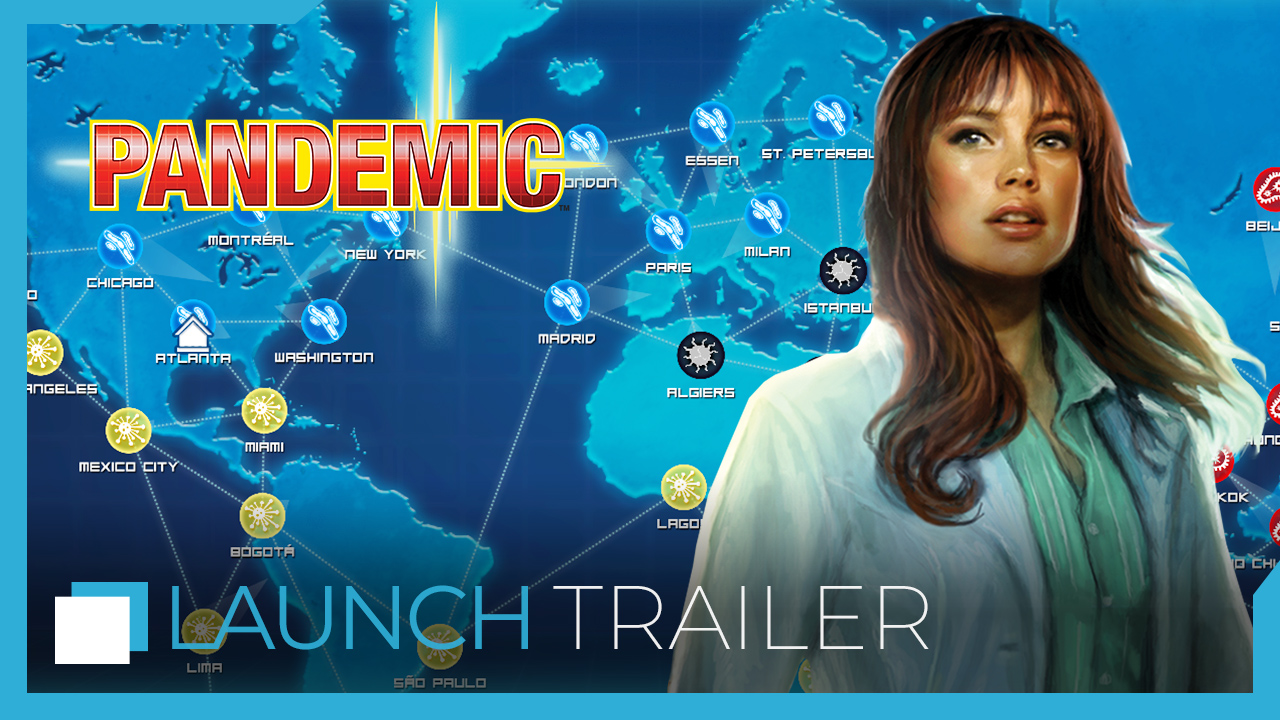 Discover the Launch Trailer: As the Infection Goes Viral and Spreads Worldwide, Only Collaboration Can Stop the Pandemic!

PARIS – August 1, 2019 – Asmodee Digital, a leader in video game entertainment inspired by board games, is proud to announce the release of Pandemic on Xbox One and Nintendo Switch™. In the digital adaptation of the cooperative strategy board game, players will need to combine different roles and skills in order to save mankind from the biological horror threatening its very survival. Pandemic is available now on Xbox One and Nintendo Switch™ for $19.99.

Between the base game and its expansions, Pandemic has become a million-selling board game. Designed by Matt Leacock, the board game’s popular success was confirmed by critics, as Pandemic received the 2009 Golden Geek “Best Family Board Game” award.

The digital experience stays true to the core identity of the couch cooperative turn-based strategy game. Developed by Z-Man Games, Pandemic is a mainstream cooperative game that can be enjoyed by a wide audience, even during short game sessions, while rewarding the best decision-makers.

Acting as disease-fighting specialists, players engage in a race against time to contain four epidemics threatening to wipe out different regions on the globe. Players can choose one of the seven specialist roles: contingency planner, dispatcher, medic, scientist, researcher, operations expert, or quarantine specialist. Each role features unique abilities that players will need to combine as efficiently as possible in order to overcome the 5 difficulty levels.

Pandemic differs from a lot of games as it rewards cooperation rather than competition. Players must join their efforts, using their complementary skill sets, in order to discover the cures before it’s too late for mankind.

The game can be experienced as a single player, by managing multiple characters, or with friends, using local cooperative multiplayer. The latter allows up to 5 players to play together using the couch cooperative mode for both Xbox One and Nintendo Switch™.

In late September, players will be able to activate a free DLC on Xbox One and Nintendo Switch™:

In October, Pandemic will be featured in the growing library of great games available through Xbox Game Pass, along with other acclaimed Asmodee Digital titles, including The Lord of the Rings: Adventure Card Game and Munchkin.

Pandemic is available now on Xbox One and Nintendo Switch™ for $19.99.