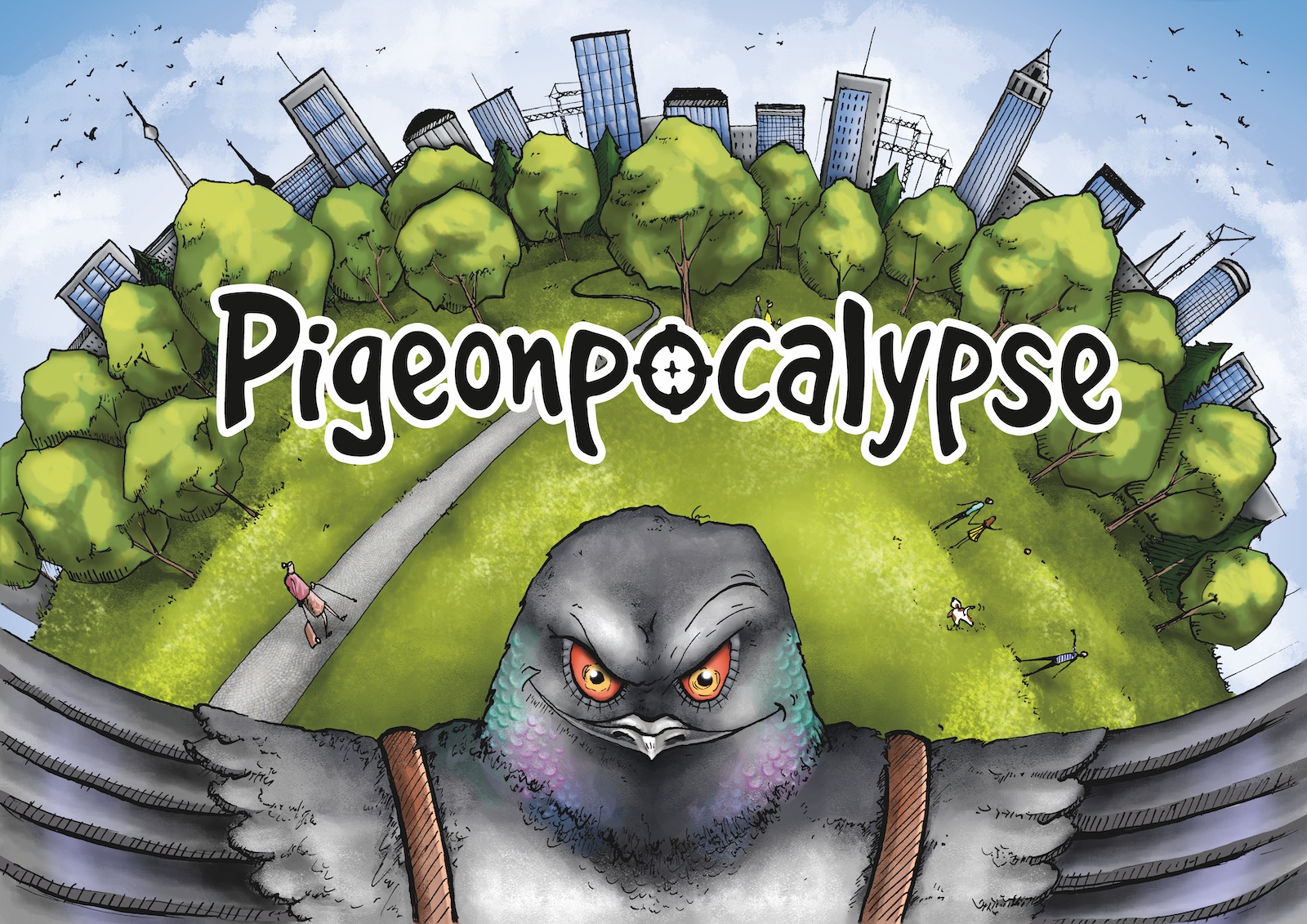 A unique family card game to launch on Kickstarter
Prague – Czech Republic, 27. 4. 2019 – Pigeonpocalypse is the name of a fun and fast family card game, created by a graduate in Theoretical Physics, Marek Matas. In this game, players help the inhabitants of a city park (pigeon warriors, squirrel renegades, and many others) to fend off violent grannies, dating couples, sleazy businessmen and other visitors who intrude in their precious park.

Pigeonpocalypse offers unique game mechanics composed of bluffing, intricacies and surprise moves, while still being very easy to learn. To raise the funds necessary for the manufacture and launch of the game on the market, the creator has decided to initiate a crowdfunding campaign on the US platform, Kickstarter. The Kickstarter campaign will be launched on June 4th, with the target funding goal, necessary to bring the game to life, being of 10,000 dollars.

From the initial idea to the final version of the game

The first idea to create a pigeon-themed game struck Marek Matas in May 2018, while waiting for a badminton match with his friend Jacob. He created the first prototype a couple of months later, using traditional playing cards. “I kept play-testing the game with friends and colleagues until they fell in love with the pigeons and squirrels,“ says Marek.

Marek continued to work on the game while studying for his doctorate in Theoretical Physics. The final mechanics of the game were completed at the end of 2018. After frequent testing and positive response from players, Marek Matas asked two very talented creative artists to join the project to assist in building a visual identity of the game.

After a year and a half of development, game testing, and design, it is now time to present Pigeonpocalypse to all game enthusiasts around the world. “I hope the game attracts many fans, who will appreciate its game mechanics, fast gameplay and amazing artwork created specifically for
it,“ says Marek.