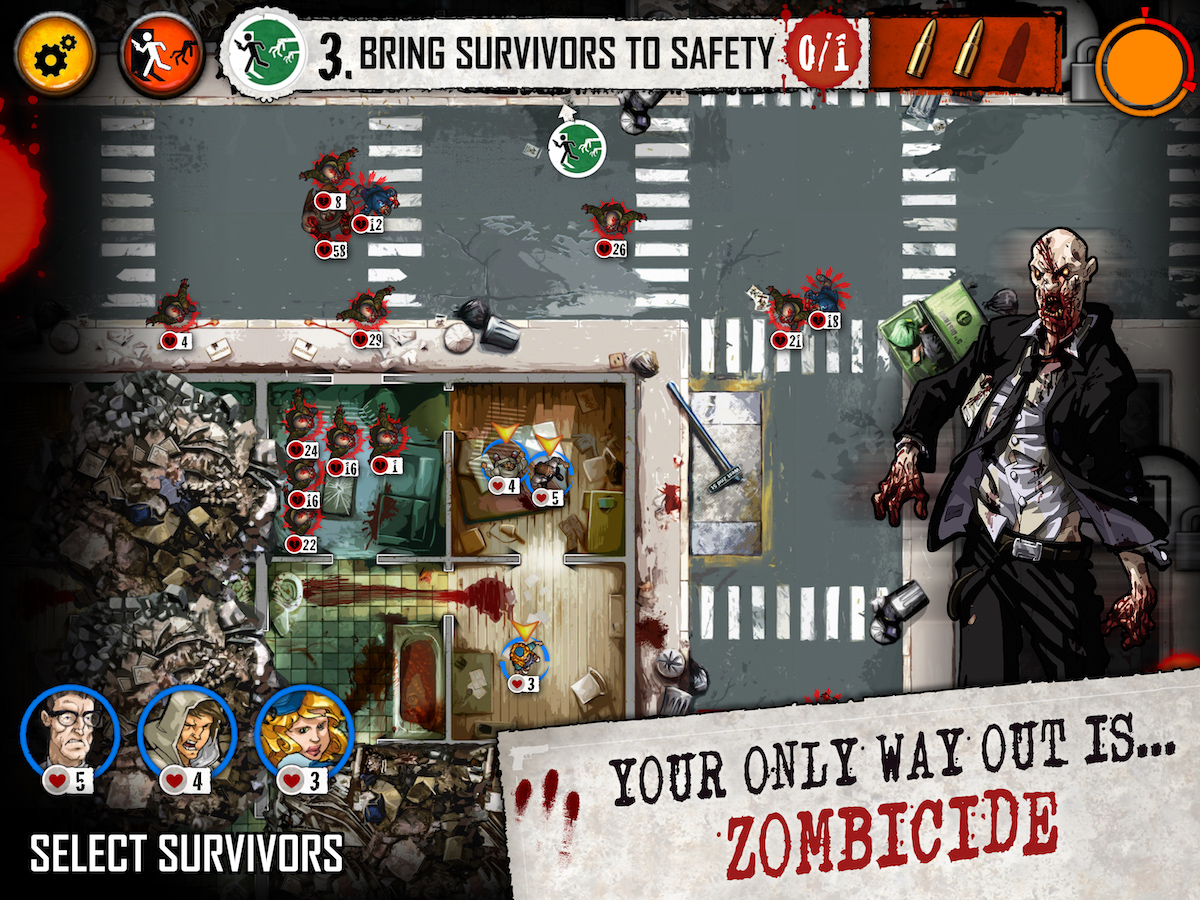 Based on the Popular Adventure Board Game Franchise, the Solo Tactical Squad-Based Mobile RPG Showcases an Untold Story Based on the Post-Apocalyptic Universe

PARIS – April 23, 2019 – Today, Asmodee Digital, a leader in digital board game entertainment, has launched Zombicide, a solo tactical squad-based mobile role-playing game (RPG) based on the incredibly popular board game franchise that has raised more than $18 million since 2012. Featuring an untold story set in the familiar over-the-top post-apocalyptic zombie universe, Zombicide delivers thrills and chills on iOS and Android devices, starting today.

“Creating tactical games is a huge part of Asmodee Digital’s DNA, and the introduction of Zombicide on mobile platforms is a testament to our commitment to bringing engaging universes and experiences to players worldwide,” said Pierre Ortolan, CEO of Asmodee Digital. “Zombicide is a beloved board game franchise, so bringing this title to mobile with a brand new storyline, as well as an immense level of care, quality and polish, is a great next step for the IP.”

Zombicide follows a group of survivors who are forced to work together in the aftermath of a zombie apocalypse. Faced with danger, bonds eventually become stronger as the team works together to unearth the deadly secret behind the undead horrors in their hometown.

Zombicide will be available on iOS and Android devices starting today.
For more information on the game, feel free to visit:
https://www.asmodee-digital.com/en/zombicide/

About CMON
CMON Limited is a fast growing hobby games publisher. Originated in 2001 as www.coolminiornot.com, an online community website, CMON now publishes several hit tabletop games, such as the Zombicide series, as well as Blood Rage, Arcadia Quest and more! We actively leverage crowdfunding to bring new and innovative titles to the tabletop games market, and have proven asset-light business model.

One thought on “Asmodee Digital Launches Zombicide on Mobile Devices”