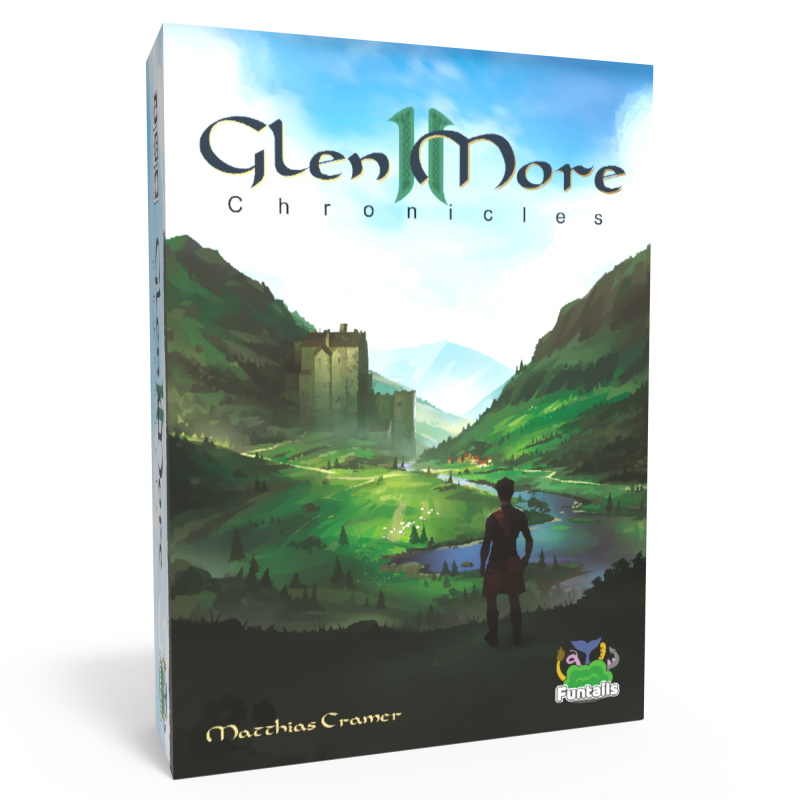 San Diego, CA (March 13th, 2019) —In partnership with German publisher, Funtails, Renegade Game Studios is excited to announce that the upcoming Glen More II: Chronicles, will be available in English worldwide. Renegade Game Studios, a premier board game publisher, works closely with an extensive network of distributors and retailers that can help Glen More II: Chronicles reach fans across the globe. It is expected to go to print later this year.

In Glen More II: Chronicles, each player represents the leader of a Scottish clan from the early medieval ages until the 19th century, a leader looking to expand their territory and wealth. The success of your clan depends on your ability to make the right decision at the right time, be it by creating a new pasture for your livestock, growing barley for whisky production, selling your goods on the various markets, or gaining control of special landmarks such as lochs and castles.

Glen More II: Chronicles is a sequel to Glen More, expanding the gameplay substantially compared to the original game.

From the Media:
“Glen More II: Chronicles delivers a great new twist on the classic game.  There are some really smart tweaks to the gameplay as well as plenty of new additions to make this one a must own game for both new gamers and fans of the original.”
Jeremy D Salinas, Man Vs Meeple

“The original Glen More out of the gate already has tooooons of replayability even if you see the same tiles every time just based on the order they came out in but that combined with these Chronicles just puts it through the roof! It’s absolutely amazing.”
Richard Ham, Rahdo Runs Through