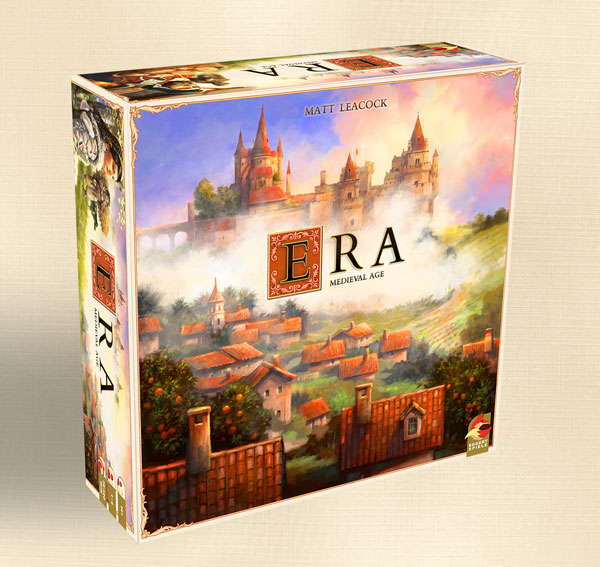 In Era, your dice represent different classes of medieval society as players attempt to build the most prosperous city.  The “Build” comes into play as players actually build their cities on their boards – you will use beautifully modeled three-dimensional components, such as walls, keeps, farms, and other structures.  By the end of the game, each player will have designed their own unique city.  Get your cameras out for this one, you’ll definitely be sharing pics with your friends!  However, the most exciting news is that Era: Medieval Age serves as the first in a series of collaborative Roll & Build games between Matt Leacock and Eggertspiele!

Era: Medieval Age was designed for lords and ladies, aged 12 and older.  While building a domain often took several generations, a game of Era typically takes about 45 minutes.  Era is expected to debut at GenCon 2019 and should in retailers shortly after!