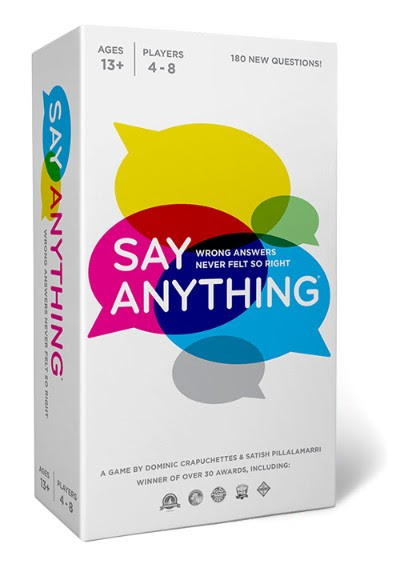 It’s a Birthday Party…..For a Party Game!
(editor’s note: E.R. Burgess remains a fan of Say Anything even a decade later…)

Kensington, MD (August 3, 2018) – North Star Games’ hit party game Say Anything is celebrating a milestone rarely achieved in the party game market – 10 years of sales!  Since its initial release in 2008, the game has sold almost 1 million copies and won several prestigious Party Game of the Year awards, including those from fans at the Origins Game Fair and the BoardGameGeek.com.

In celebration, North Star Games is partnering with Target to launch a special Say Anything 10th Anniversary Edition.  This special edition includes updated components, refreshed graphics, and 180 new questions for you to answer as ridiculously as possible. 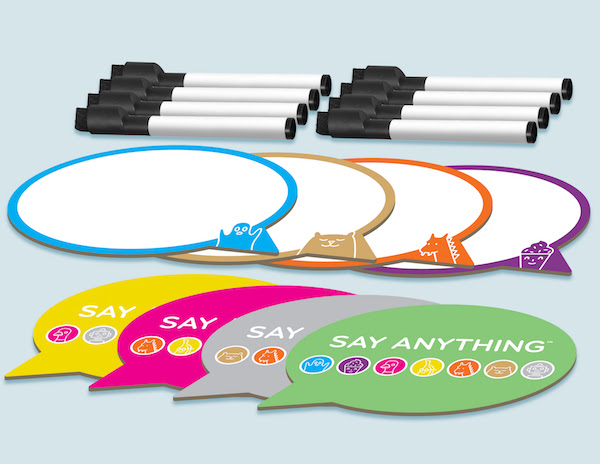 When originally released, Say Anything offered a breath of fresh air to the stale party game market.  Many party games came with pre-printed cards that players submitted as answers to questions.  Say Anything broke new ground in the genre by allowing players to answer questions in their own words.

“The game has succeeded because it’s like jet fuel for creativity.  Say Anything is uniquely good at giving players the platform to open up,” states Dominic Crapuchettes, Founder and Co-President of North Star Games.  “So no matter who you are, you can be funnier or weirder than you imagined you were, and it feels good.  We’re proud of that.”

About North Star Games
North Star Games is the publisher of award-winning party, family, and strategy games. Wits & Wagers is the most award-winning party game in history, Evolution is used in the Evolutionary Biology Department at the University of Oxford, and Happy Salmon has become a gaming phenomenon. For more information on these games and more, visit www.NorthStarGames.com.