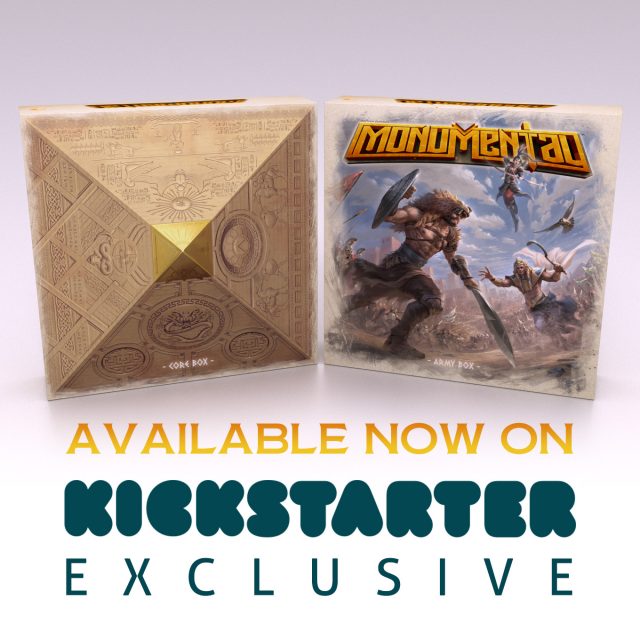 Funforge has launched a new Kickstarter for MONUMENTAL: The Board Game, an epic game of civilization, conquest and expansion by Matthew Dunstan. Per the Monumental FB page, here is a brief description of the game:

“In Monumental: The Board Game, each player leads a unique civilization. How will you shape your destiny, and how will history remember you? Dare you succeed as a warmonger, as a pioneer of cultural and scientific progress, or an architect of a great city and remarkable Wonders? Only the player with the most impressive civilization at the end of the game will win!

The aim of the game is to develop your civilization, by constructing new buildings and wonders in your City, achieving new scientific knowledge and cultural development, and using your military power to conquer new provinces.”

Stay up to date about Monumental: The Board Game with Funforge social channels:

No word on review copies but many gameplay videos are online showing off the game being played. The miniatures alone are worth a look. Hoping to play it at the Gathering of Friends in a few weeks’ time but the campaign will be over by the time I reach Niagara Falls…