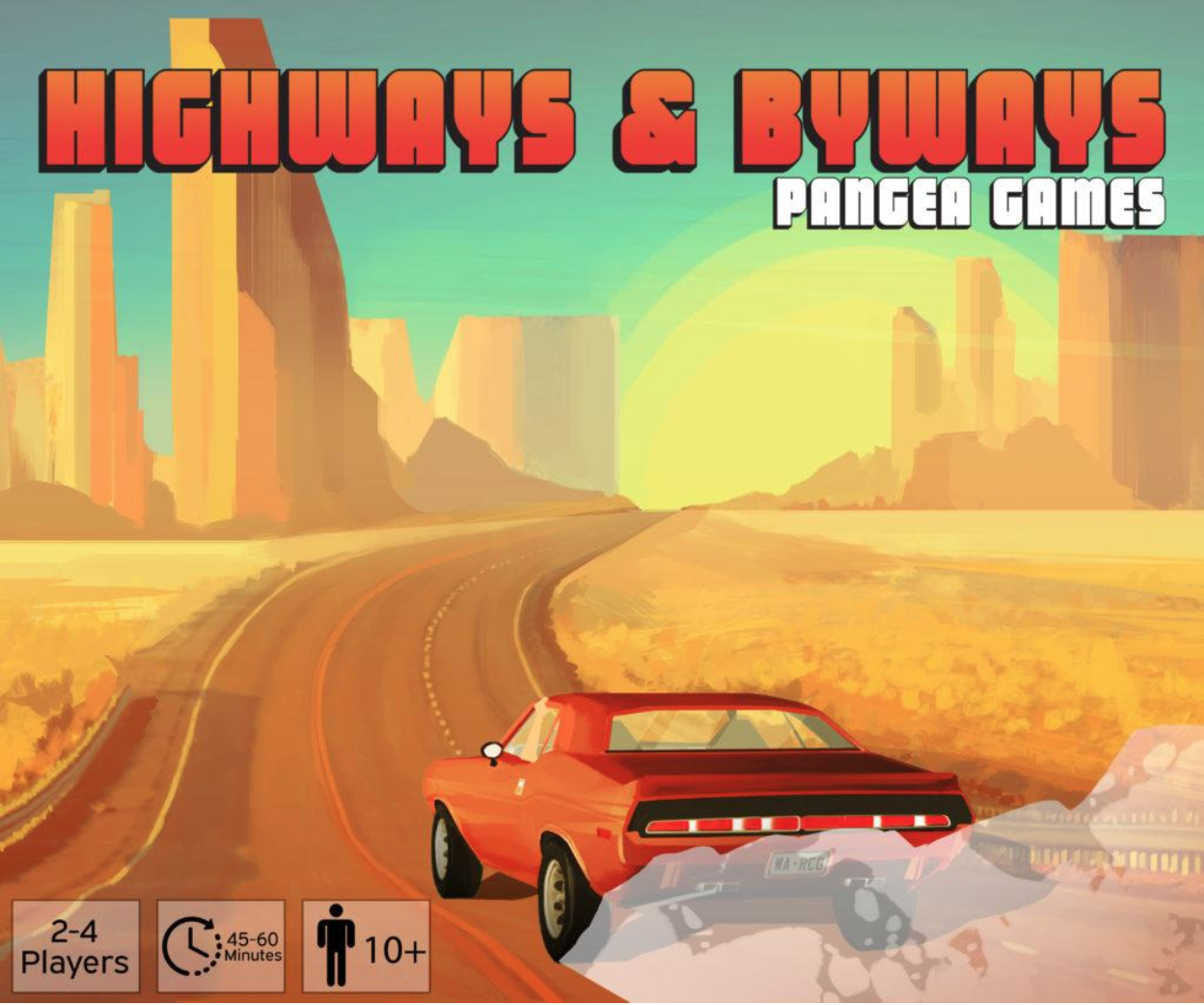 New game from Brandon Rollins, launching on Kickstarter on March 26.

Experienced game designer, Brandon Rollins and freelance artist, James Masino, are coming to Kickstarter in hopes to fund the printing of Highways & Byways. Long-time lovers of Ticket to Ride and neophyte gamers alike will enjoy the approachable, nostalgic, friendly world of Highways & Byways.

Highways & Byways is great for board gaming couples and families. It takes only 10 minutes to learn, yet there are multiple paths to victory. Don’t let the simplicity fool you – it’s also very re-playable!

Highways & Byways is a completed game, launching with all artwork and a fully tested design. It has been available as a Tabletop Simulator app for ten months. Casual gamers and experienced designers alike have helped refine the game through online testing and in-person games. Testing has been coordinated through social media, the Pangea Discord server, and Protospiel Atlanta. 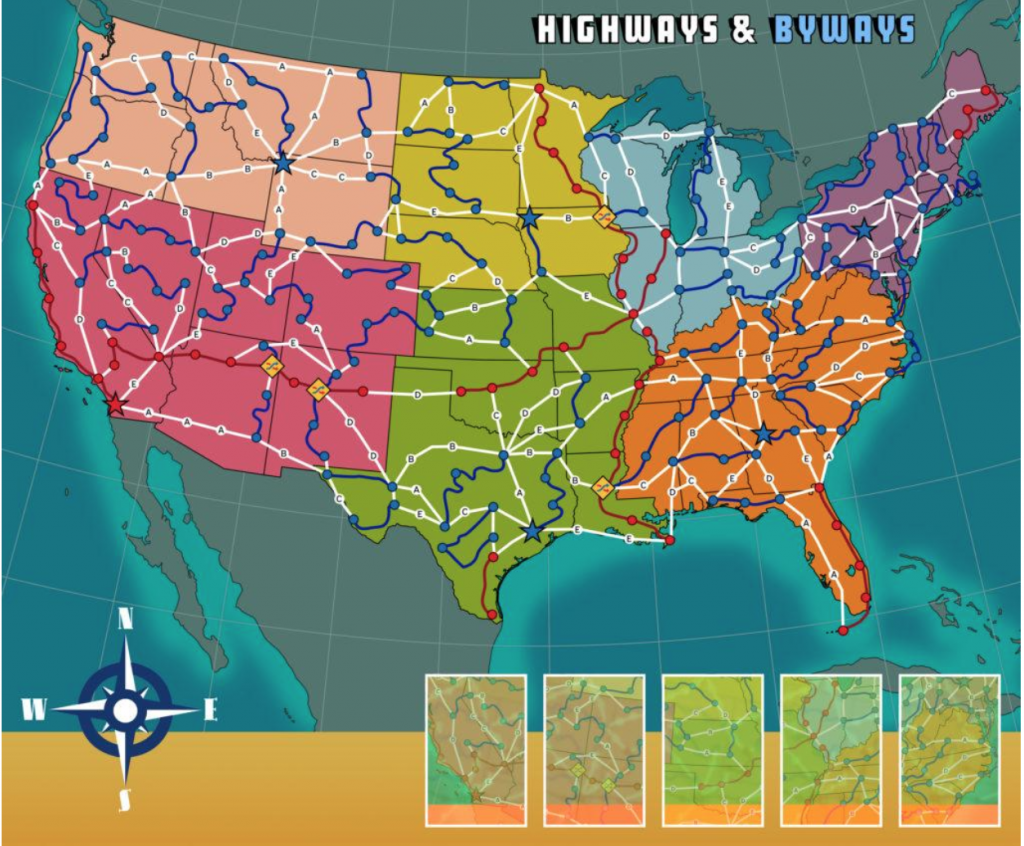 Copies of the game will be available at $49, with free shipping to backers in the USA. The campaign is EU-friendly, Canada-friendly, and Australia-friendly, meaning rewards will be shipped from within those respective regions and no extra customs fees will be incurred. The campaign will conclude after 25 days. Backers are expected to receive their rewards in August 2018.

Race across the United States in your first used car. You’re on a mission to explore all places beautiful and forgotten before your vacation is over!

Plan your route by choosing byways. Then travel across the country a little bit every day, planning around highway construction, moody weather, and your car’s pesky tendency to break down! 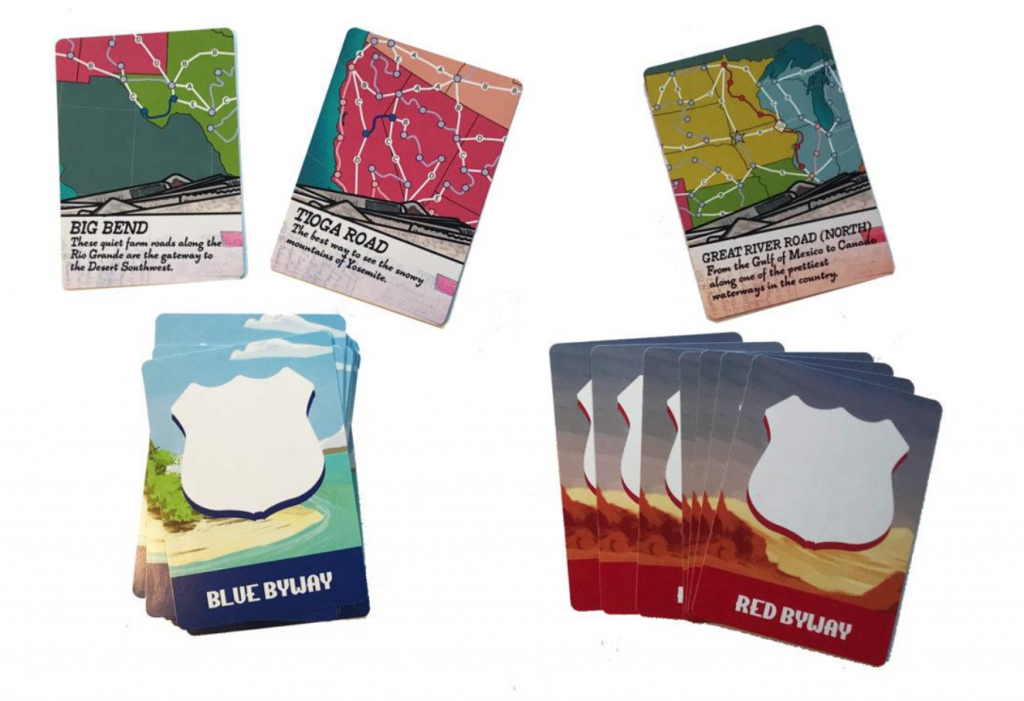