As promised, here is 2017: My Year With Books, Part 2. This is continuing my list of books I read in 2017 and some light commentary to see if you might be interested in checking them out. I read a lot of fiction, marketing, data, and design books – with the smattering of books on music and musicians, theme parks, and various obscure concepts. To get the full story on this series of articles, please see my previous post 2017: My Year With Books, Part 1. 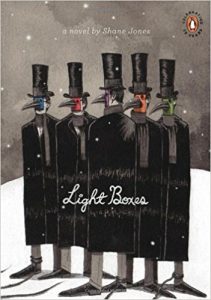 Another find from scoping out books for my father at the library, Light Boxes was my airplane book flying over to Germany this summer. It’s an otherworldly fairy tale that is short but powerful. I’d highly recommend this fanciful, luminous book to anyone who likes the odd, the macabre and the fantastic. The bird masks on the cover definitely caught my eye and got me to buy it (the $0.33 price didn’t hurt either).
The World’s Shortest Stories, edited by Steve Moss – Fiction – New Read 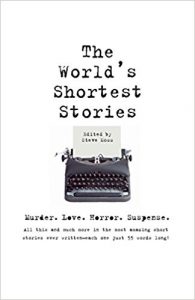 The other book I read on the plane to Germany, this collection of 55-word stories reminds me of my own time composing super-short stories like these. I had a good time with them and enjoyed the way this economy of words pushes stories ahead with twists and interesting diction. Brevity is indeed the soul of wit, and for someone given to overwriting (isn’t this article series proof of that?), the limit is welcome creative pressure. If they do another volume, I’m interested in contributing.
The Rise and Fall of the D.O.D.O by Neal Stephenson and Nicole Galland – Fiction – New Read 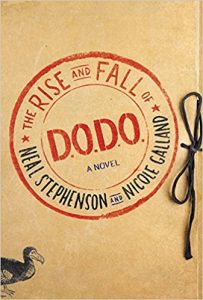 Read this while touring through London last year, missing a signing with the authors by one day. Reading like a collaboration between Stephenson and Terry Pratchett, this wild tale is on the light end for the former and leans into the sillier work of the latter. It’s a good experience, but those expecting a deep, thoughtful book like Stephenson often writes should lower their expectations and enjoy this funny tale that pits technology and magic against one another.
Cut the Bullsh_t Marketing: A practical guide to creating real impact through marketing* by Sanders Arts – Non-fiction – New Read 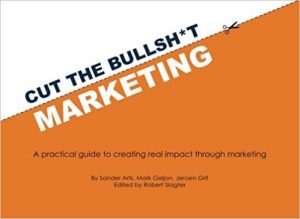 Lent to me by my colleague and friend Kai, I polished this one off quickly because a lot of the instruction is pretty Marketing 101. Understand customers, give them what they want, explain it simply – that kind of thing. In fairness, there is real magic in effective marketing, and this book makes that clear. Yet, when you do more than this, that’s when you make the magic. Good for those who are just getting into the business and at least it’s not called something with “dummies” or “idiots”. Knocked off this slim one on the train from Frankfurt to Goslar.
Girl Walks into a Bar . . .: Comedy Calamities, Dating Disasters, and a Midlife Miracle by Rachel Dratch – Non-fiction – New Read 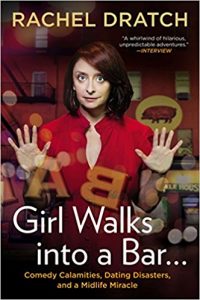 I keep hunting for another Bossypants by Tina Fey and I still haven’t found one. The closest was the very enjoyable Yes, Please from Amy Poehler. But this one, from another Friend of Fey, falls completely flat. Far more focused on telling real stories in detail than finding ways to bring some poignancy to the proceedings while keeping things moving, this quick but unsatisfying read was fairly boring for most of the length of the pages. Some SNL stories were interesting but the rest was only finished because it was relatively short and I only had so many books with me on the plane back from Europe.
Extreme Productivity: Boost Your Results, Reduce Your Hours by Robert Pozen – Non-fiction – New Read 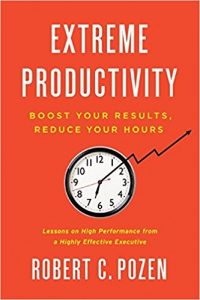 Another book that could have been a Power Point, Pozen’s techniques are nothing special and the stuff that you see in Medium articles that people write just to get more people to follow them. Didn’t learn anything I didn’t already learn from smarter folks.
Wonderland: How Play Made the Modern World by Steven Johnson – Non-fiction – New Read 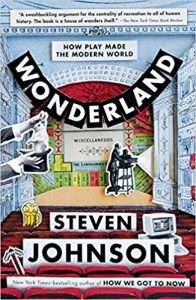 Of course I love the idea of Johnson’s book – that we must play to learn how to innovate, solve problems, and enrich our lives. I believe this fully as both a game designer and a person who knows leisure gives you the ideas you work out when you are actually working. No one comes up with great ideas while sitting at a desk in a stuffy office.
Johnson has a lot of nice examples to illustrate his point, including many I’d heard before, but the book still reads pleasantly throughout with some examples that drive things well.
Sideways 3 Chile by Rex Pickett – Fiction – New Read 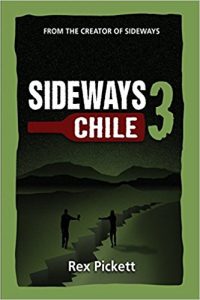 Having loved the film version that Alexander Payne did, I’ve read the novel and also the sequel, Vertical. While book 3 is a lot more of the same without an attempt to figure out another direction to reference in the title, it was a lot of fun to follow Miles down to Chile to explore the wine world in the budding region.
While a certain amount of the story is surely autobiographical, Pickett does add more thoughtful observations than I often saw in Vertical, which seemed to want to add some outrageousness to match key moments in the film. I’d say that Sideways 3 is an even more enjoyable read than Vertical, but I also think it’s time for Pickett to move on.
When You Lie About Your Age, the Terrorists Win: Reflections on Looking in the Mirror by Carol Leifer – Non-fiction – New Read 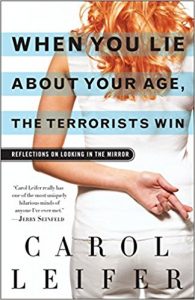 As it happens, this was my first book read in 2017. The woman who inspired and wrote a lot of Elaine on Seinfeld is definitely also no Tina Fey. But her observations are funny in a Boomer kind of way. She definitely was better off writing with a group (she was part of the staff on the recent Academy Awards, I noted) but her biographical book is still enjoyable and her revelations are genuine and interesting at times.
Career of Evil (Cormoran Strike, #3) by Robert Galbraith (J.K. Rowling) – Fiction – New Read 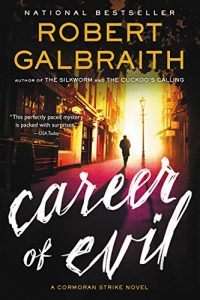 I quite like the Cormoran Strike novels, even as they want to push the limit on what I’d like to read about modern deviant behavior. For those who don’t know, this is a series of crime novels from Robert Galbraith, the pseudonym for J.K. Rowling. I guess it is Rowling finally getting a chance to explore things that would have been a problem if you’re writing young adult fiction so she really pushes it with fairly dark parts of humanity. While it lacks the interesting literary world of The Silkworm, Career of Evil trades a bit on an obsession with the band Blue Oyster Cult, who I happen to casually admire. Strike and Robin are enjoyable characters and I’m glad we’ll have seven or so books of their exploits, told in Rowling’s quirky and punchy prose.
I do feel a sense of sadness, however, because with the passing of my father early in 2018, I no longer have an excuse for buying the new book for him and then reading it so we could chat about it. Our reading tastes were pretty different so these rare overlapping titles were welcome. As the series continues, I feel sure I’ll still have a pleasant conversation with my dad somewhere in my head.
7 Against Chaos by Harlan Ellison – Fiction – New Read 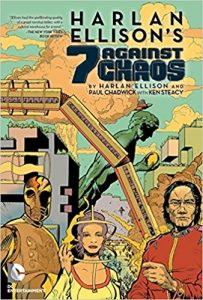 I found out about this graphic novel Harlan did earlier this century from one of his introductory essays in Ellison Wonderland. Despite being just a few years old, it has an old school sci-fi feel in both tone and artwork. A mild diversion and a fair story that has that Ellison feel but isn’t one for the ages. Worth a look if you’re a fan of his, as I am. Most amusing about this was my mother picking up the book and her saying, “You are reading comic books?”
Hey Nostradamus! by Douglas Coupland – Fiction – New Read 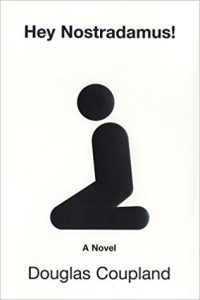 Easily the least of the great Douglas Coupland’s books, Hey Nostradamus reads like a homework assignment. Better write something about gun massacres! It lacks the wit and useful commentary of his books, replacing it with second-rate Raymond Carver. Still has flashes of wit, but hardly justifying the read. How the mighty man who wrote Generation X has fallen.
Kicking & Dreaming: A Story of Heart, Soul, and Rock and Roll by Anna and Nancy Wilson – Non-fiction – New Read
Yes, Heart from the 70’s are great. And Heart from the 80’s are a guilty pleasure. I was a teenager then and deeply in love with the gorgeous, powerhouse singer Ann Wilson. I’d say her infamous weight gain might even have informed my own passion for the 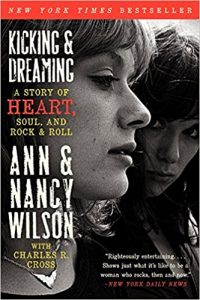 Rubenesque. She always looked lovely to me and besides, true love does not see these things as a problem! But I digress.
Heart’s charming book is a quick read told from many points of view. That includes the Wilson sisters and some friends, band members and even the occasional former boyfriend. They tell it pretty warts-and-all (that’s how these books should be told – see the not-warty Set the Boy Free later on this list), which makes for a page-turner that I loved reading in the pool last summer. It also made me return to their music and discover anew some tracks they loved most. What a delight for my head and my ears.
To be continued…