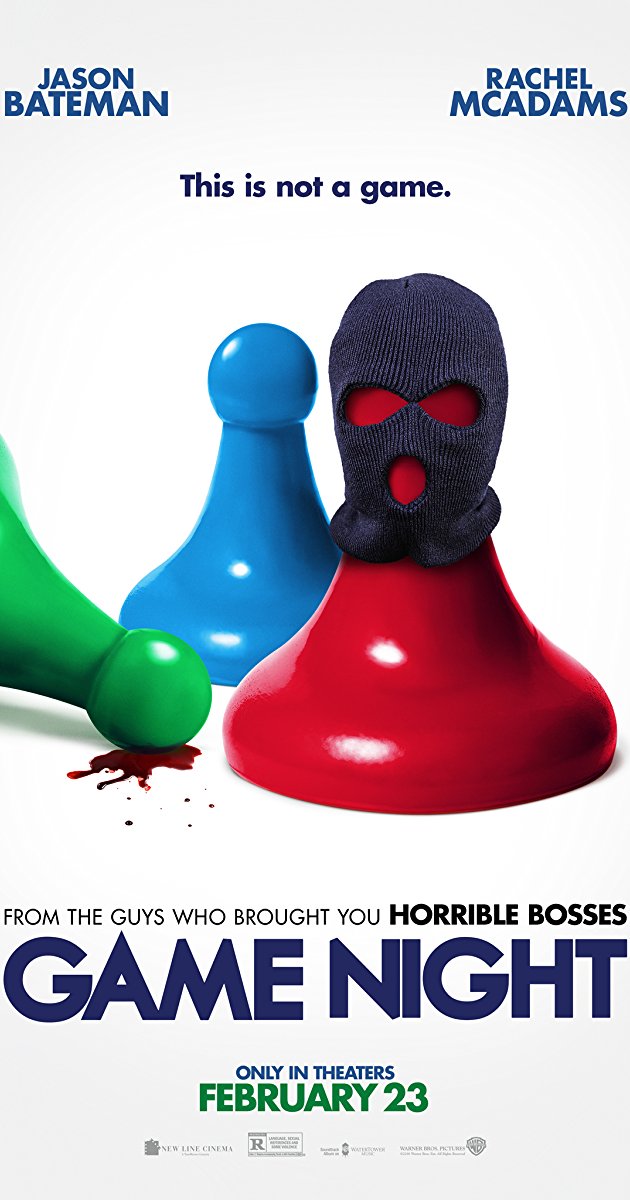 Board games and movies have had a rocky relationship. I recall loving the film Clue from the beginning, even though it got terrible reviews when it was originally released with three separate endings. You had to check the newspaper listings (yes, we had those), to see which version was at your local theater (I saw A and B, C wasn’t playing locally). Other board game movies that are out there are few and far between from the truly terrible Battleship movie (I can’t bring myself to link to it) to mostly children’s fare. But Game Night sounded intriguing to me as the (overlong) trailer had a few good laughs in it.

Game Night doesn’t really move into the realm we tabletop gamers would hope; meeples and a Settlers of Catan city piece get a cameo in the opening but what’s played thereafter in the game sessions is purely mass market stuff. Let’s pause for a moment to say that these people should not be bringing old copies of Life to parties. They’d definitely be doing Settlers, Cards Against Humanity, and maybe Dixit. My gosh, these things are at Target and Barnes and Noble now. 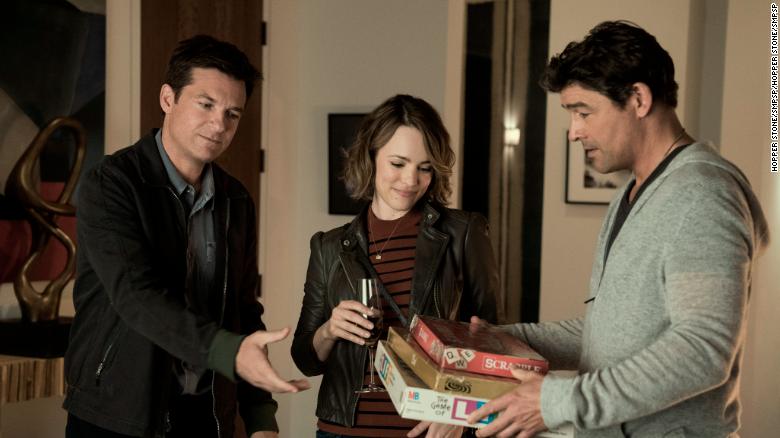 But whatever. Game Night delivers on the promise of its trailer by providing 90 minutes of brainless fun. Two overly competitive people meet and marry (Jason Bateman and Rachel McAdams – funny and charming people), establishing a regular game night with their friends. One finally goes awry when Bateman’s older brother sets up a more involved murder mystery game, which bleeds into real life. Jesse Plemons is funny as the guy you are happy to let drop out of the Game Night. Really, all of the cast is good, the jokes (too many of which are shown in the trailer) are solid, and things proceed along quickly. Even some amusing issues with unwanted guests, problematic details getting revealed and the like get highlighted, which adds to the theme of the film. I do wish there was more game humor, but I guess I’ll just have to write that movie. 😉 Bateman remains funny as ever (he’s still immortal to me because of “It’s Your Move”, a classic short-lived sitcom) and McAdams is charming and lovely, if a bit young for Bateman.

No one is going to talk about how Game Night was robbed when those Academy Award noms fail to come through, but I enjoyed the film enough to recommend it for gamers seeking a silly night at the movies. It’s R-rated for language mostly, but it’s not too bad and probably could have been softened to a PG-13 with some unnecessary F-bombs excised.

Boardgame Babylon says: Rental is fine unless you have MoviePass, which is completely awesome.