Review: Kokoro by Eilif Svensson and Kristian Amundsen Østby via Indie Board and Card Games 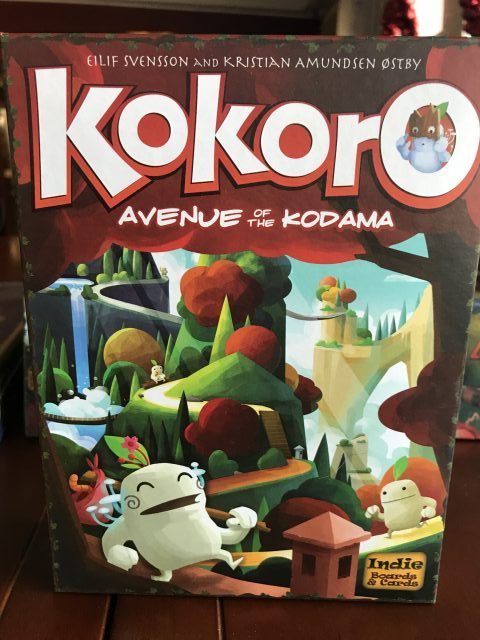 Review: Kokoro by Eilif Svensson and Kristian Amundsen Østby via Indie Board and Card Games

Take It Easy is the game I always associate with the ‘draw and everyone place’ game mechanism. What each player can make of the options as they come out is an interesting way to resolve things. Whether it is done for pattern-matching like Take It Easy, Mosaix and Wurfel Bingo or path-building like in SDJ nominee Karuba and Kokoro designers’ own Doodle City, there is a lot of mileage in it. The new Kokoro from IBG takes on the path-making concept in Karuba, turning that concept into a different and possibly more satisfying game.

Kokoro plays 1-8 players, with each one claiming a dry-erase grid map with gardens and sanctuaries on it. Five of the six sanctuaries on the board will score based on the number of objects (caterpillars and flowers, for reasons unknown to this writer) the paths connects to them. Each turn, a tile is drawn by the Caller (ahem, the oldest player) and all players draw the path on it right on their board. These paths are simple lines or pairs making various curves that connect two sides of a tile. Once a tile is covered, you cannot overwrite it so players need to be cautious about building their connections effectively for this scoring round and future ones. This is key and a good warning to everyone early on; while it is easy to just write in any old shape on a tile, it’s important to take a longer view about how it might isolate caterpillars and flowers you want to score later.

The current sanctuary is your focus, but the other option for players is to not draw from that tile and take a peek at the next sanctuary. This way, if a particular tile is no help at all, players can use this option to plan ahead. Ideally, when drawing, players try to not just plan for the current sanctuary but look ahead to connect to others. This is a good idea for general efficiency but also because the game requires increasing success. Each sanctuary score must be higher than the last one or the player suffers a -5 point penalty. Tiles are drawn until four gold tiles come out, which represent about 1/3 of the tiles in the stack. As a result, some sanctuaries will get outsized opportunities to score versus others. This element makes the planning a little more serious than this cute game would imply. I find it to be a great feature and it’s a lot of the appeal of the game, in my view. 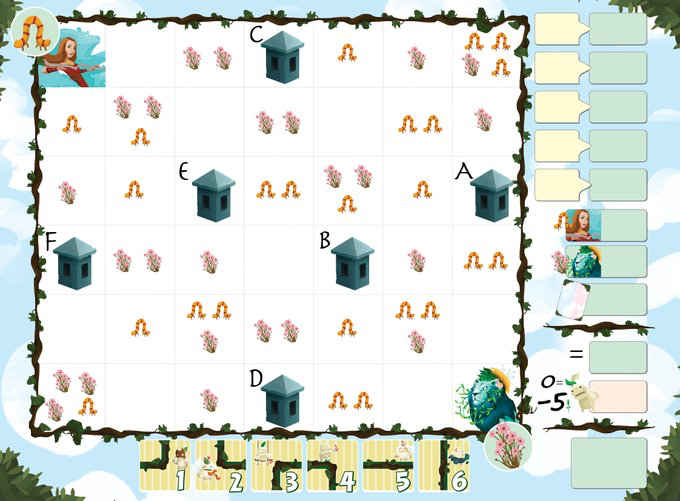 The basic game is that, but the box comes with two more expansions and I recommend playing with those unless you have extremely casual players. They aren’t too difficult to incorporate, really just adding some basic variations to how to score the game. These options open up the game even more, giving players more choices when a tile comes up than just isn’t right for the current sanctuary. Kokoro is a bit unforgiving, however. If you screw up early, it can be difficult to recover from initial bad choices. I do think the game should have some kind of mulligan option to let you remove a single tile that could help you get back on track. We had one cranky player during one of our sessions who played improperly early and fussed through the whole game. It’s only a quarter of an hour, of course, so a fouled-up play isn’t a real tragedy. On to the next game, I say.

That said, Kokoro wins big points for scaling wonderfully from 1 to 8 players and offering an enjoyable time in 15 minutes of play. The components are nice, the artwork is utterly charming, and the box is compact enough to pop into the bag whenever you go gaming. Kokoro is a winner in my view and I think it belongs in the collection of gamers who want a filler for the big crowd to play at the beginning before breaking into other games.