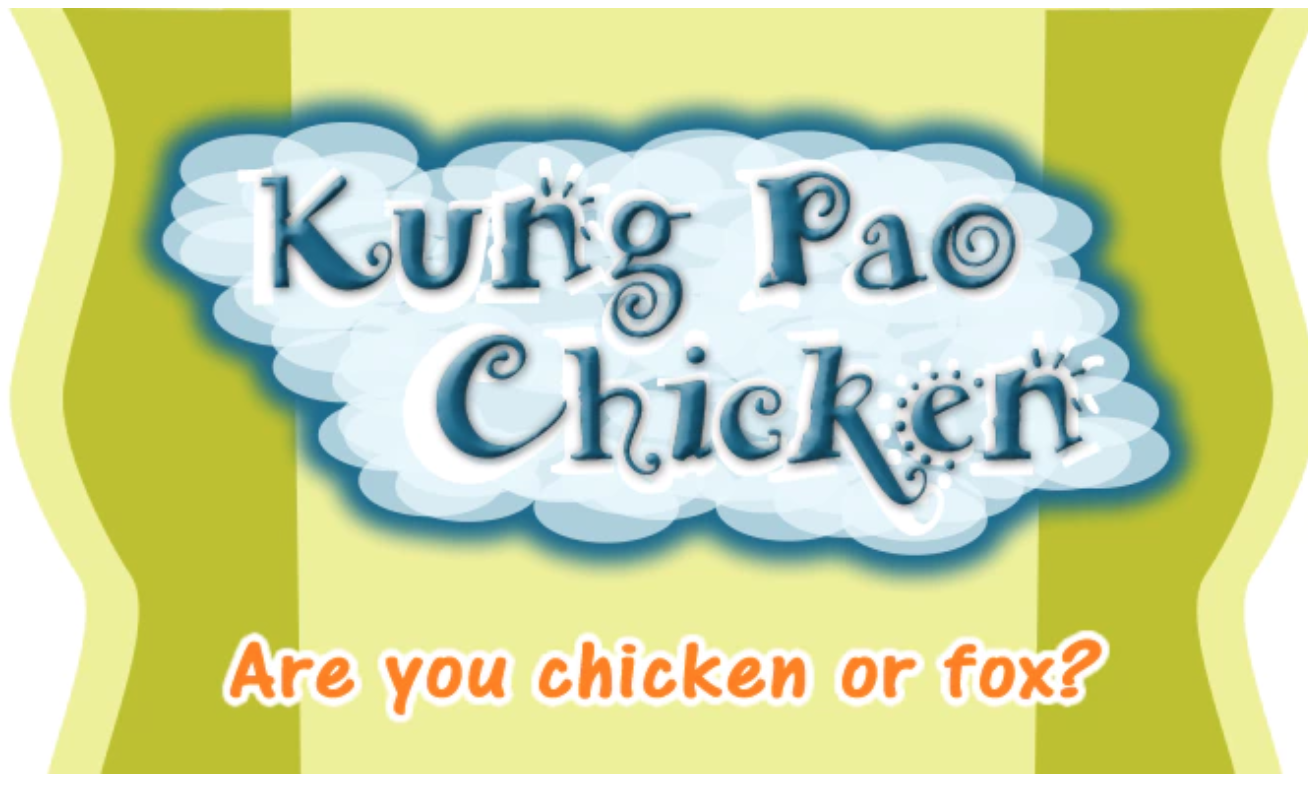 The point at which the micro game meets the party game is a wonder. While both types of game package a lot of fun in often simple ideas, they do so in somewhat different ways. This makes it delightful to see them fuse into a compelling filler. Ta-Te Wu’s new Kung Pao Chicken inhabits that rare space where these two game types build on each other’s strengths, taking the clever elegance of the microgame’s card locationing with funny party elements like Werewolf and Bunny Bunny Moose Moose.

Kung Pao Chicken is an ideal opener to get people laughing before the longer, heavier games begin. Players are chickens or foxes based on an initial deal, but that information is only visible to the other players (kind of like Powwow). Players then spend the game playing cards to maximize the number of chickens saved or eaten, based on which team they believe they are on. The cards are chickens, foxes and dogs – which form a kind of chain. Chickens get eaten by foxes, foxes are chased away by dogs, and dogs are awfully handy to protect chickens. However, each dog only chases away one fox – whereas foxes can each as many chickens as they find in the barn where they find themselves. So, some dog vs. fox management is needed.

How do you determine which team you are on so you play well? With a combination of viewing the other player’s roles and how they play cards, players need to discern which team they are on. On a player’s turn, they play one of their cards onto a player’s barn or in the one in the middle of the the table that starts with a certain number of foxes based the player count.

When the round ends from card play, player roles are revealed and each barn is resolved. Before the reveal, however, players close heir eyes and pantomime wings if they think they are a chicken and claws for a guess that they are a fox. A point is awarded to each player that correctly surmised their role.

If any foxes are there, they eat any present chickens…but they are chased away by dog cards. Fox players score a point for each chicken eaten and the chicken players get one for each chicken saved. Simple scoring and resolution is part of the appeal of the game. Players tabulate points and the winner is the one with the most points after three rounds. So, cooperative play, but competitive outcome. Yes – this is the sweet spot for a long of gamers and my love of ‘coopetition’ is definitely satisfied by KPC.

Excited to get an early copy of @tatewu1’s new Kung Pao Chicken. Really like this one a lot and I’m excited to see it kickstart on 1/2/18. pic.twitter.com/4CH21lzn6V

Yes, I really like Kung Pao Chicken. Let’s be clear though: Designer Ta-Te Wu is my co-designer sometimes, frequent developer, playtester, and one of my good friends. However, I do not like all of his games. The ones I like, I get involved with. I liked Red Cliffs (obviously), as I did Tien Zi Che before it. Di Renjie – yes. And I quite enjoy Kung Pao Chicken. I liked it enough to give him some ideas for it that became a stretch goal expansion. So, is this review legitimate? That’s for you to decide but all I can offer in reassurance is that I’m making this a formal statement, not just a boilerplate disclosure, and that Kung Pao Chicken is in our game bag for all days out to play. So, Super-Disclosure: I played this with a playtest copy, after playtesting it and even offering suggestions, some of which MAY have gotten in. That said, I really love this game and think it’s among the strongest Ta-Te has done.

Kung Pao Chicken is now LIVE on Kickstarter at a great price and I encourage you to get a copy and cluck up the opener for your game nights!

Disclosure: Read above for Disclosure City.