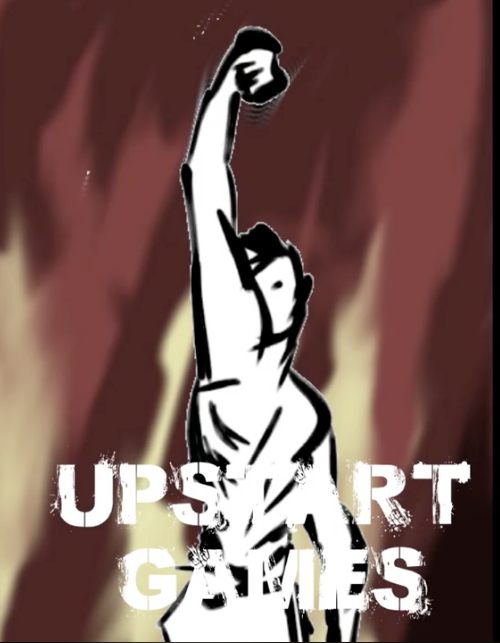 Editor’s Note: As a kind of content geek, I try new formats. So, here’s a new interviewette for tabletop designers. We promise no TL;DR. Let’s see how Upstart Games, publisher of Civil Unrest (coming to Kickstarter soon) does, shall we?

BGB: Attention is money, my friend. What is the elevator pitch for Civil Unrest:

Upstart: Civil Un-rest is a strategic board game with miniatures. (The game) takes place in an alternate modern-day fantasy world where magic and technology have been combined. Players take control of law enforcement or political activists who are trying to take control of Three Circle City, a place where all fantasy races are welcomed but have not been able to get along peacefully.

Upstart: I began creating this game in my college days. The funny thing is, during the game’s conception back in the early 1990’s, I believed that political movements becoming waring factions willing to commit acts of violence was a thing of parody. Now, unfortunately, it has become a reality. It is my sincere hope (that) by creating this satirical alternate reality, people can gain some perspective on political violence.

Upstart: I believe the miniatures are unique, but also can be great proxies for other games. The game is a fast-paced miniatures game, which is rare. Also, it’s satirical theme (that) can be a conversation starter.

Upstart: Well, there are no good guys in this game. Though Civil Unrest is political in nature, the game itself does not paint any one side as good or bad. So, if you are sensitive about politics you may want to skip this one.

Thanks for telling us a bit about Civil Unrest. Let’s wrap up with the key specifics (play time, number of players, and the link to the game) and also, since I think you can tell a lot about a person by understanding their sense of humor, what’s a good joke to close this interviewette?

Upstart: 2 Players, play time is between 30 to 60 minutes. Right now, all I have is a Facebook page at: https://www.facebook.com/upstartgames/

Upstart: My day time gig is IT so here goes:

A Network Tech walks into the doctor’s offices and says, “Doc it hurts when IP…”

Check out the promo video:

Love 5 Quick Questions? There are more!