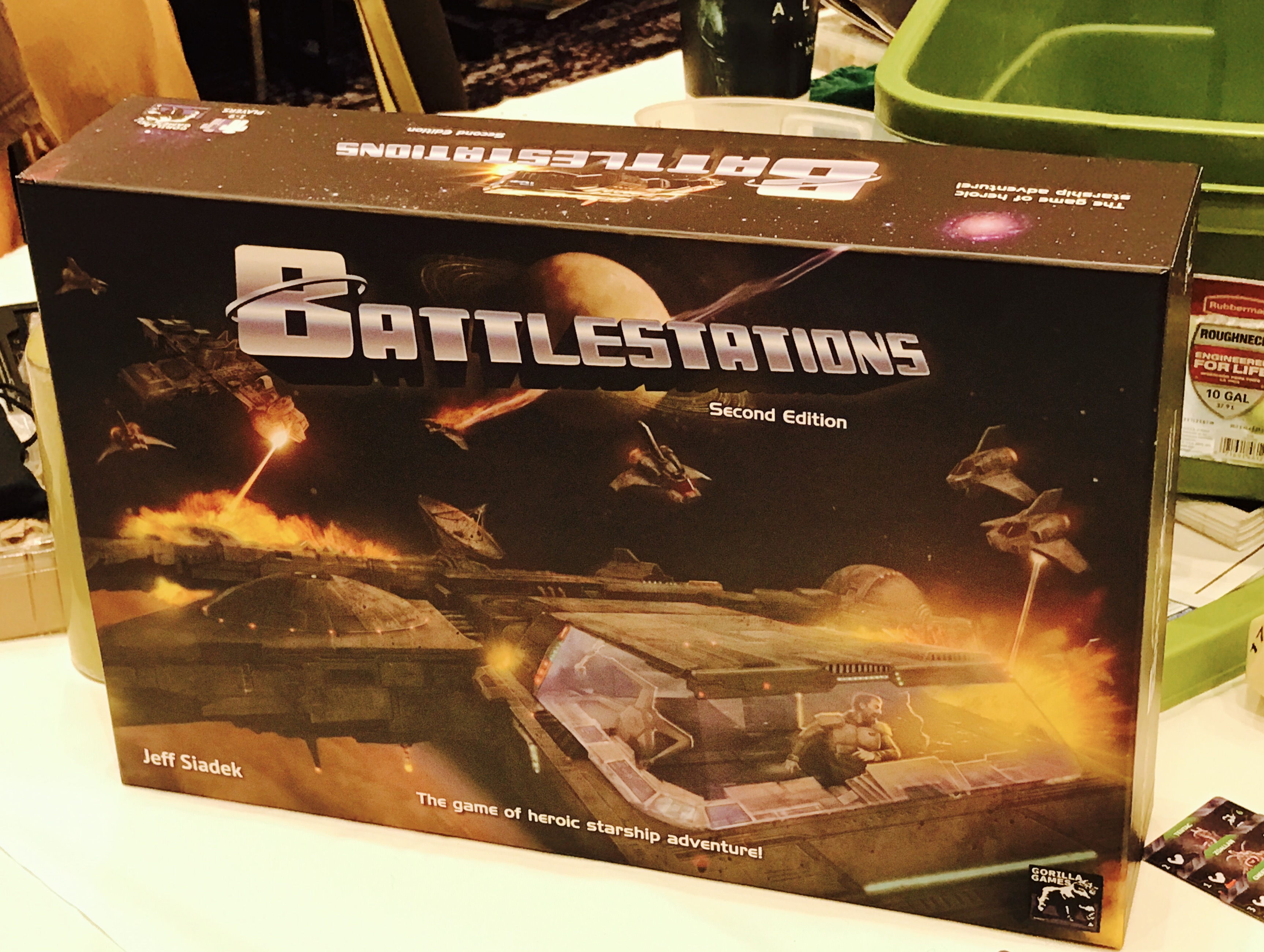 Editor’s Note: As a kind of content geek, I try new formats. So, here’s a new interviewette for tabletop designers. We promise no TL;DR.

Let’s see how Jeff Siadek, designer of Battlestations, 2nd Edition (from his own Gorilla Games – and available NOW) does, shall we?

BGB: Attention is money, my friend. What is the elevator pitch for Hotshots?

Jeff Siadek: Battlestations is the game where you get to crew a starship. It is a board game-RPG hybrid with action simultaneously on the modular ships and the ships on the hex map.

Jeff Siadek: (1979’s) Star Fleet Battles has starship combat that is tactically rich. Space Hulk lets you move around inside a ship. Star Wars has heroic characters on amazing journeys. Star Trek has a crew of adventurers working together to solve problems ranging from mysteries to a good old fashioned space battle.

Jeff Siadek: This game is a crunchy space action RPG with tactical depth. There is nothing like it.

Jeff Siadek: I’ve been working on a deal with (Star Fleet Battles’ Publisher) ADB to do Battlestations Star Fleet for over a decade and haven’t given up hope.

BGB: Thanks for telling us a bit about Battlestations. Let’s wrap up with the key specifics (play time, number of players, and the link to the game) and also, since I think you can tell a lot about a person by understanding their sense of humor, what’s a good joke to close this interviewette?

JOKE TIME:
What’s the difference between a board gamer and a role player?
The role player stands up and gesticulates when he rants against card players.
DISCLOSURE: Boardgame Babylon is not liable for damage to your sensibilities from the jokes these game designers submit.
More quick reads? Check out our other 5 Quick Questions posts.
Want to learn EVEN MORE about Battlestations? I had Jeff and his producer, Joey Vigour, to my house to play one time. It was a lot of fun and I wrote about it here. And there was also a podcast, that thing I used to do more often. And, yeah, buy the thing!