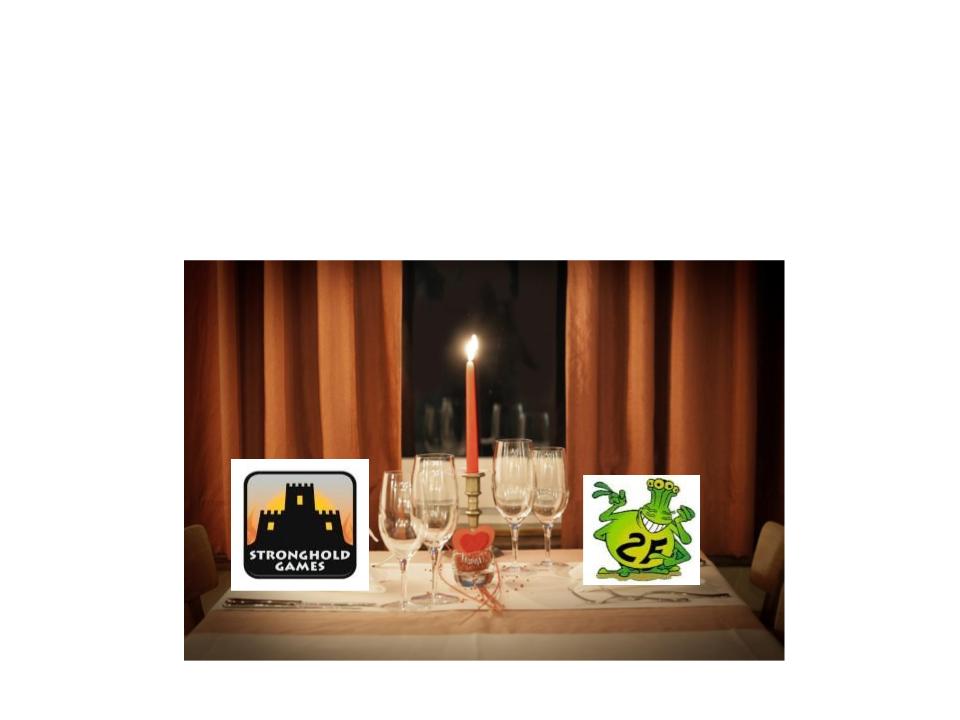 Six new titles, including the Fast Forward Series, a Solo Game, and a Fabled Fruit expansion

Stronghold Games and 2F-Spiele are proud to announce jointly 6 new titles that will be co-published by these Strategic Partners in 2017:

The Fast Forward™ Series of games uses the new Fable Game™ system first introduced in Fabled Fruit. Each game in this series contains a pre-sorted deck of cards only and no rulebook. You discover all the rules and the cards as you play. Players begin a game without reading rules in advance, but rather gather a group together and just begin playing. Each game in the Fast Forward™ Series is thematically and mechanically unique from one another, so each game is a completely new experience for your gaming group. Also, each game in the Fast Forward™ Series can be played between 10 and 15 times before your group has explored the entire system. The games can then be reset and played again by the same or different groups.

The first three games in the Fast Forward™ Series are: 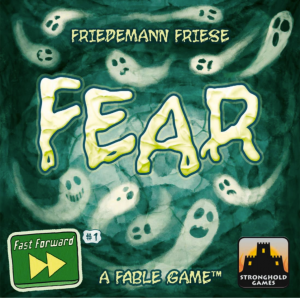 Do you fear ghosts? Or are you confronting the danger and scaring your opponents?Fear is a fast-paced and straightforward hand management game of tension filled ghost chasing. It is the first in our Fast Forward™ Series.MSRP: $19.95, Players: 2-5, Time: 15 mins, Ages: 8+, Street Date: October 2017 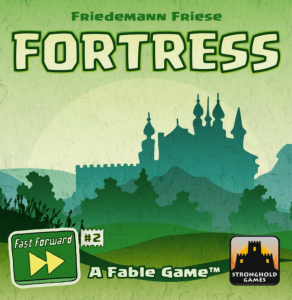 A great Fortress looms in the distance… and it must be yours! Accept the challenge against all others to conquer the Fortress!

Fortress is a game about risk taking, out-witting, and bluffing your opponents to become the dominate ruler of the kingdom. It is the second in our Fast Forward™ Series. 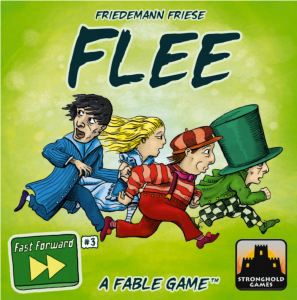 “Quickly, we must flee! The Monster is almost upon us! Look to all sides for help, as you never know where it will be!” Can your team survive long enough to finish all Chapters of this exciting story?

Flee is a cooperative game where you try to solve how to escape from the dangerous situation in which you have found yourself. It is the third in our Fast Forward™ Series.

All three games in the Fast Forward™ Series will be available for review in prototype form at Gen Con 2017. Come to the Stronghold Games booth, #2023, to take a look at this new exciting concept in gaming.

In addition to the Fast Forward™ Series, the following three games and expansions are releasing as well: 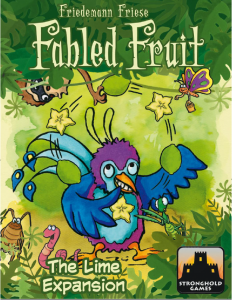 No fruit themed game would be complete without a green fruit! And these little green fruits add just the right twist to the gameplay found in Fabled Fruit!

Explore 20 new locations, the exciting gambling tokens, and the mysterious camouflage coat in Fabled Fruit: The Lime Expansion! This is the first expansion to one of the most innovative games of 2016, Fabled Fruit, which introduced the Fable Game™, a unique game system. 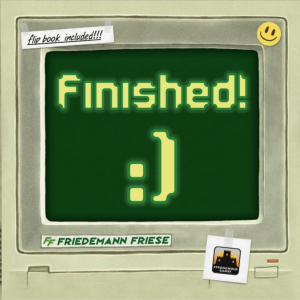 A typical day at work: Start sorting files and try not to fall asleep. There is a limited supply of Coffee, and you should keep track of your Sweets as the sugar rush can help you to finish the task! You start Finished! with a shuffled deck of 48 cards and try to sort these cards by cycling through the Draw Stack during 8 rounds. Helpful actions will let you manipulate your cards in many different ways. If you sort all cards, you win the game! Finished! is a solo game by master game designer, Friedemann Friese, whose game Friday is the #1 ranked solo game on BoardGameGeek.com.

Felicity: The Cat In The Sack

Cats have different personalities: Some adorable and sweet, and some…not so much. 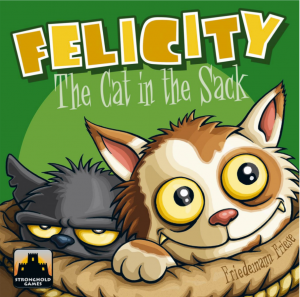 Players try to grab the elusive Felicity: The Cat in the Sack. The sack contains both good and bad cats. Players can also place a dog or rabbit into the sack, attempting to bluff each other. Good cats and mice score points, while bad cats count against you. This is a reprint of the popular 2007 game previously known as Felix: The Cat In The Sack.

Stronghold Games and 2F-Spiele are Strategic Partners in the co-publication of family and strategy games. Previously, they have published together the critically acclaimed 504, the innovative Fabled Fruit, and the fast, light card games Fuji Flush and Five Cucumbers.

Stronghold Games and 2F-Spiele will print these games together at Ludofact Germany, the leading printer of hobby games in the world. Not only will the games from both companies be of the same great German quality, but this will also enable a virtually simultaneous worldwide release of the titles.

“This is an amazing lineup of games for 2017 from our Strategic Partner, 2-F Spiele,” said Stephen Buonocore, President of Stronghold Games. “Working with game design master, Friedemann Friese, is a great opportunity for us, as well as a fantastic experience. Friedemann and his team are world class.”

Stronghold Games LLC is a publisher of high-quality board and card games in the hobby game industry. Since 2009, Stronghold Games has released many highly-regarded games, including the best-selling “Survive: Escape From Atlantis!”, the most innovative deck-building game, “Core Worlds”, the hit game line of “Space Cadets”, the smash- hit and top-rated Terraforming Mars, and many others. Stronghold Games publishes game designs developed both in- house and in partnership with publishers around the world. Stronghold Games LLC is a Limited Liability Company formed in the State of Delaware USA.

2F-Spiele started as a one green-haired man show in 1992, always looking for interesting, sometimes weird, but always unique gaming experiences. After 10 years experimenting, 2F-Spiele started its professional way of publishing games with “Fische Fluppen Frikadellen“, realizing a high standard in production and artwork. After increasing success with games like “Power Grid“, “Fearsome Floors“, “Friday“ and “Felix, the Cat in the Sack“, Henning Kröpke was hired to manage operations, with Friedemann Friese focused solely at game design. This made it possible to complete the mammoth project, “504”. 2F-Spiele is a company residing in Germany.