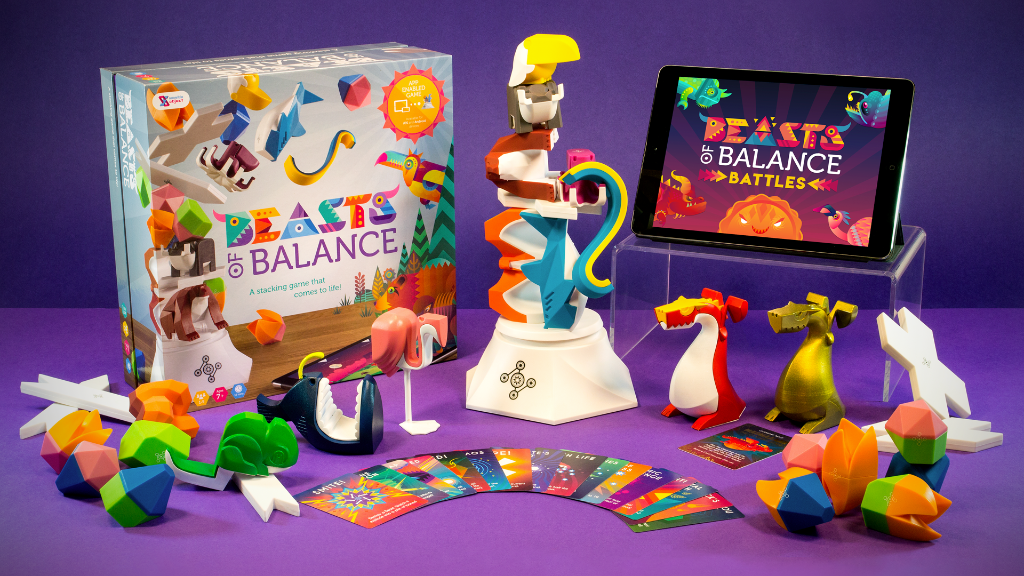 Beasts of Balance is a game of dexterity, strategy and creation. Players take on the role of Divine Creators, tasked to play solo or with friends to build worlds and reach high scores by stacking magical Artefacts into incredible towers. But this is no standard dexterity game – everything added to the tower interacts with a world that evolves on a wirelessly connected digital device. To succeed, players have to keep their tower and the ecosystem of their world in balance, stacking all 24 pieces and caring for the virtual beasts they create.

Players of all ages have praised Beasts of Balance for its smart use of technology, its beautiful design, and its truly inclusive gameplay. It’s at the cutting edge of a new frontier in gaming – merging the sophistication of video games with the social fun of tabletop.

This year’s campaign introduces a series of expansions to Beasts of Balance, including a new competitive gameplay mode known as ‘BATTLES’ and gorgeous new physical pieces to collect. BATTLES gives players an adrenaline-filled new way to play with the 24 pieces in the core game, adding even more depth, variety and value.

Alex Fleetwood, founder and CEO of Sensible Object, says; “We had an incredible experience with Kickstarter last year. 18 months ago, we were a start-up team with nothing but a prototype. Thanks in large part to the support of the Kickstarter platform and its community, we were able to bring this ambitious, groundbreaking game to life. Having shipped the game on time to an amazing response, we’re ready to take things to the next level. Our players and backers have been hungry for new ways to play and new pieces to collect, and we can’t wait to share our work with them.” 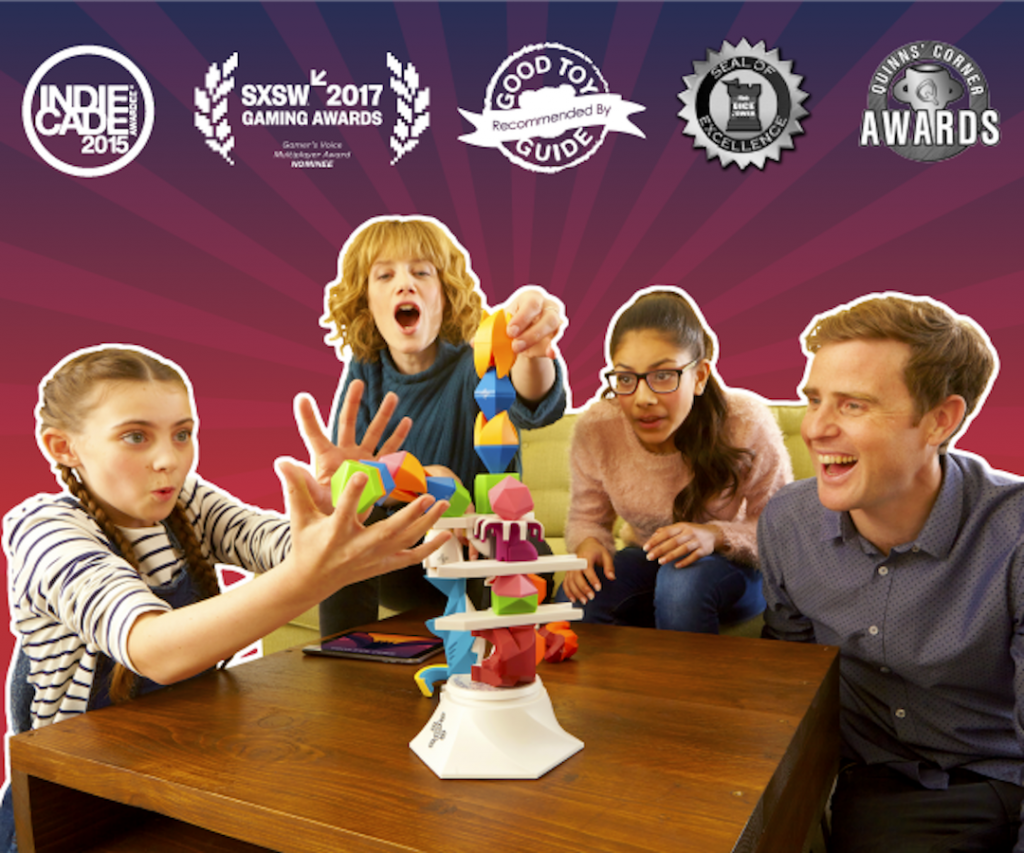 In BATTLES, two to three players each take on the role of a Divine Creator of a single region: Land, Sea or Sky. The aim is to fill your region with powerful beasts while stealing and destroying those of your opponents.

“We are huge fans of cooperative gaming, but our customers have expressed requests for a competitive mode of gameplay, and so BATTLES was brought to life,” added Fleetwood.

The BATTLES expansion pack contains 16 augmented reality BATTLE cards – containing the same NFC technology as the physical game pieces. Each player wields a hand of these cards, enabling them to invoke a whole host of weird and wonderful effects on the digital realm. Some are focused on attack, some will aid in defense, and some will manifest in much more surprising ways! The BATTLES pack also contains a new Legendary Beast ‘Magmaaargh The Cantankerous’ that introduces some wild and hilarious action into the mix.

Beasts of Balance was also featured on a past Boardgame Babylon Podcast – listen here (game had a different name).