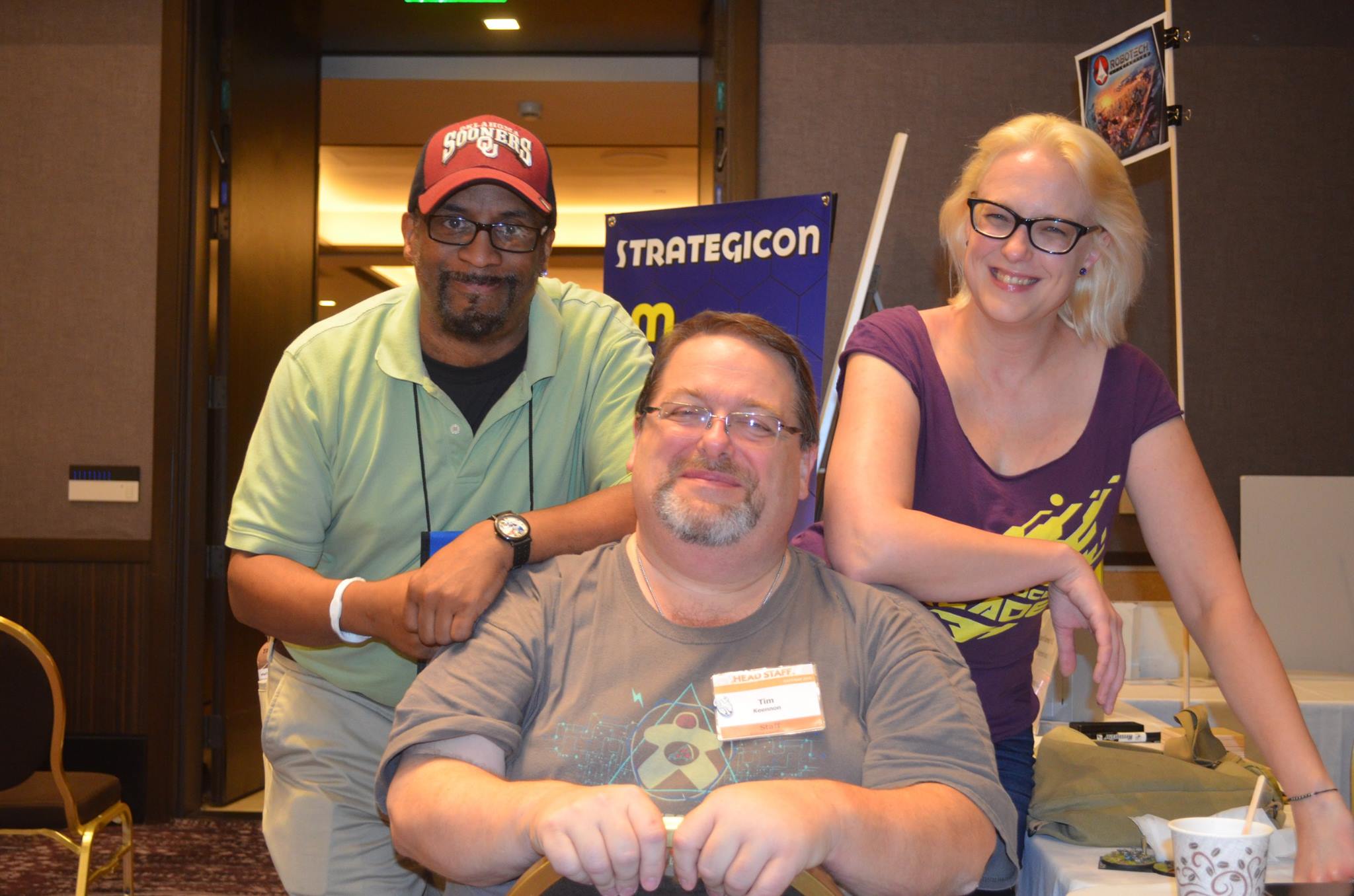 I’m deeply saddened to hear of the passing of Tim Keennon, a great friend to the Southern California gaming community. His contributions to Strategicon Conventions over the years were many. He dedicated an enormous amount of time supporting the efforts of current leadership to build the conventions back to their former glory. And it worked!
His sure hand helped ensure a lot of good things happened and I think all attendees at Strategicon owe him a debt of gratitude for the countless volunteer hours he put in. He was a level-headed guy and loyal friend. Never played a game with him, but I would guess he was a welcome presence at any table.
Tim ran a lot of things at Strategicon, including the unloved task of doling out space in the various hotels the convention has occupied since the current leadership took over. I worked with Tim for years and while he applied many of what he learned as an IT manager to his planning, dealing with all of the personalities involved was always a challenge. He really worked hard to get things right and when things went wrong at Strategicon, Tim was one of the first to get those calls and resolve things. I’m not sure he even played games at the convention – he was mostly just working to make sure others had fun, and enjoying the company of people who were.
Make no mistake, Tim and I had conflicts. I pushed hard to get more space for board games and Tim fought to give the miniatures gamers more room for their massive displays. But it was always about trying to make sure the community got a great gaming experience at Strategicon. I’m glad he was the passionate advocate for his part of the hobby that I have always been for mine.
RIP, good sir. Your life made ours better and we appreciate it.
(Photo credit: Robyn Nixon)