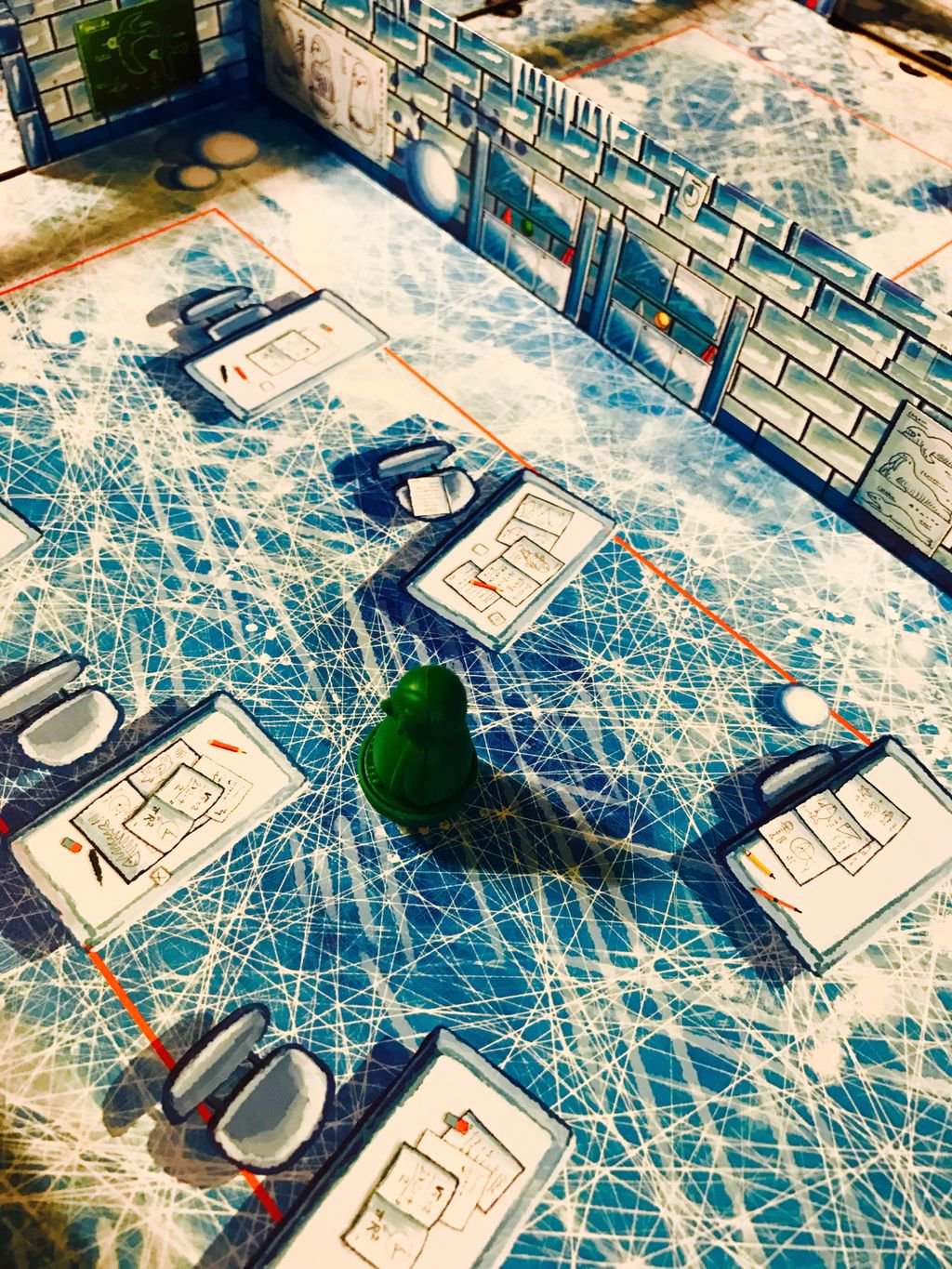 Congratulations to the makers of Ice Cool for winning the Kinderspiel Des Jahres 2017! We love this adorable game and are delighted by its victory. Even our own Wish the Cat loves it very much, as you can see below.

Ice Cool with our Wish the Cat expansion. Not counting him as a new game but IC is number: 14 #boardgames https://t.co/fWKx6S7665 pic.twitter.com/PWhdrVkw6P

This wonderful bit of flicking fun is available now on Amazon. We have had a terrific time with Ice Cool and look forward to additional games in the series that make interesting use of stackable boxes to expand the play area for the game. This “Russian Doll” aspect to the production is interesting in its own right, as it allows for some expansion on the amount of space a board can provide. Box within a box is a novel concept and I look forward to what it might inspire with designers that pitch to the publisher.

While mechanically simple, Ice Cool is definitely good for both families and gamers who just like flicking games like Pitchcar or Crokinole. Ice Cool plays quickly, has a cute theme, and isn’t the heavy monster to transport that some might accuse Pitchcar of being…

Ice Cool plays in 20 minutes or so, with 2-4 players but it really shines with three to four. The wobbly penguins in the game (who are ‘too cool for school’ – ouch) remind me of Weebles, a toy that was popular when I was a toddler. The spin you can put on them adds to the game in a way that caroms you might use in Pitchcar, Crokinole or Catacombs just won’t. This little bit of uncertainty adds to the mix and if there’s a great way to control it, I haven’t figured it out. I look forward to trying more and more.

Get Ice Cool just in time for summer on Amazon.