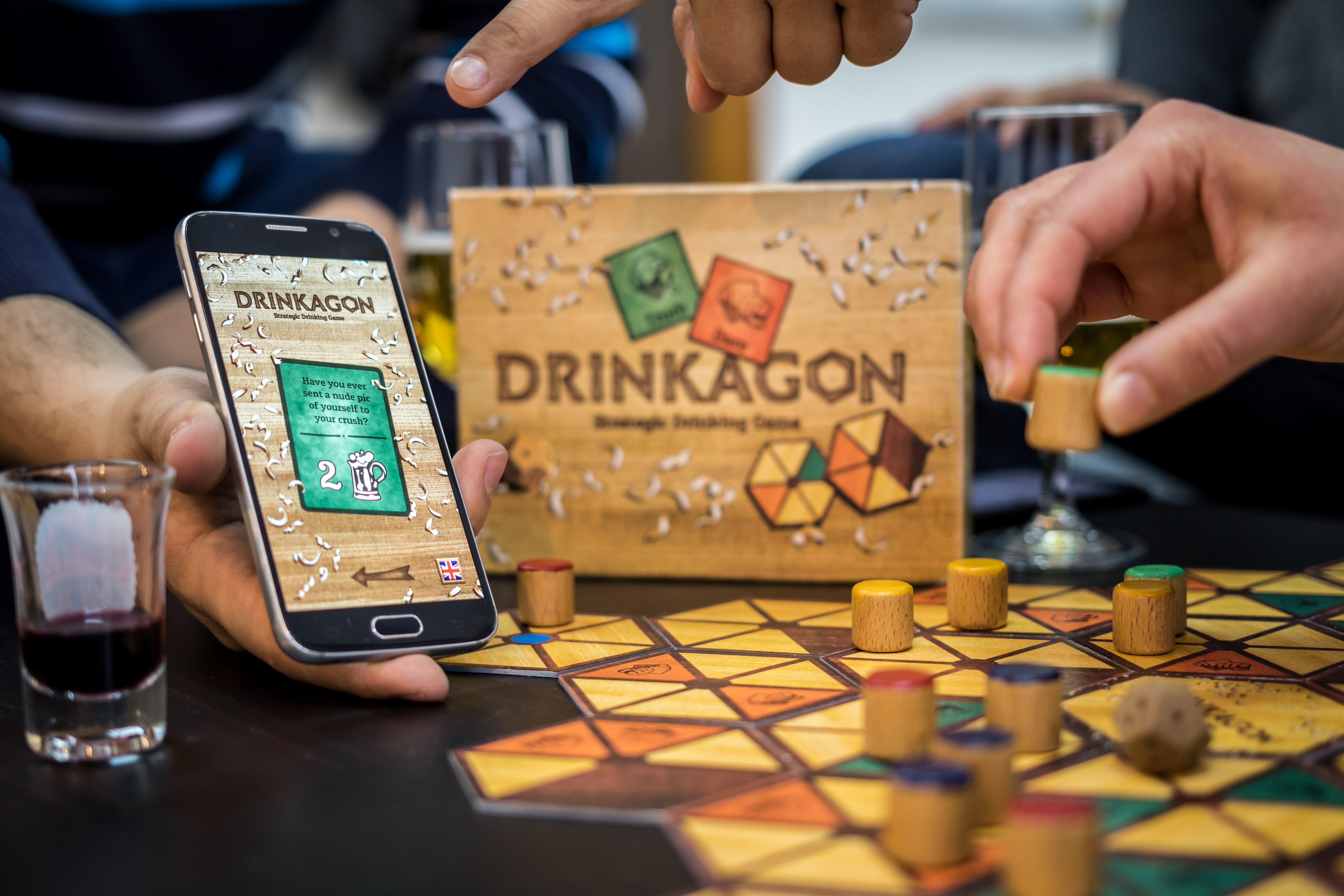 Kickstarter is helping to launch a brilliant new project, DRINKAGON. Fully developed in Rijeka, Croatia, this addictive tabletop game has been thoughtfully designed as a mentally stimulating, strategic drinking game. Available to support NOW on Kickstarter.

The team behind the game is a versatile group called Exevio. They’re a small group of young entrepreneurs and are passionate about making fun and innovative products aiming to enrich everyday lives globally. The creativity and unlimited possibilities of the gaming world intrigues and inspires them.

Four months ago, they set down to brainstorm embryonic ideas for their first physical board game. They identified a lack of diversity in the drinking‐game types and decided on creating a specific game designed to bring something fresh and exciting to the table. Their basic motive was to learn from the experience of planning, creating, producing and hopefully sharing the fruition of their own board game with the masses.

In its testing phase, Drinkagon proved itself over and over again as a game that amplifies user enjoyment with each round and, upon completion, it begs for another dose. Designed to give the players the freedom of constructing each new round with a different arrangement of the playground tiles, it always leads to a different sequence of strategic moves and twists. To enhance the tactical part of the game and add chaos into the mug of logic, the package includes a free mobile app with many different sets of virtual cards that condition the opponents to either perform a challenge, answer a personal question or ‐ skip the revealing and embarrassment by drinking a specific dosage of an optional liquid substance.

Now, Exevio crew have everything ready for mass production. Boxed‐up, after many rounds of test plays, the final version of Drinkagon is ready to be shared with the world. The Kickstarter campaign will last for 24 days to raise the ini␃al $5.000 that would help them with the production and distribution. Hopefully, the campaign is going to end as planned, so the crowdfunding community will be the first to get their very own rustling copy of the Drinkagon box by the end of August 2017.