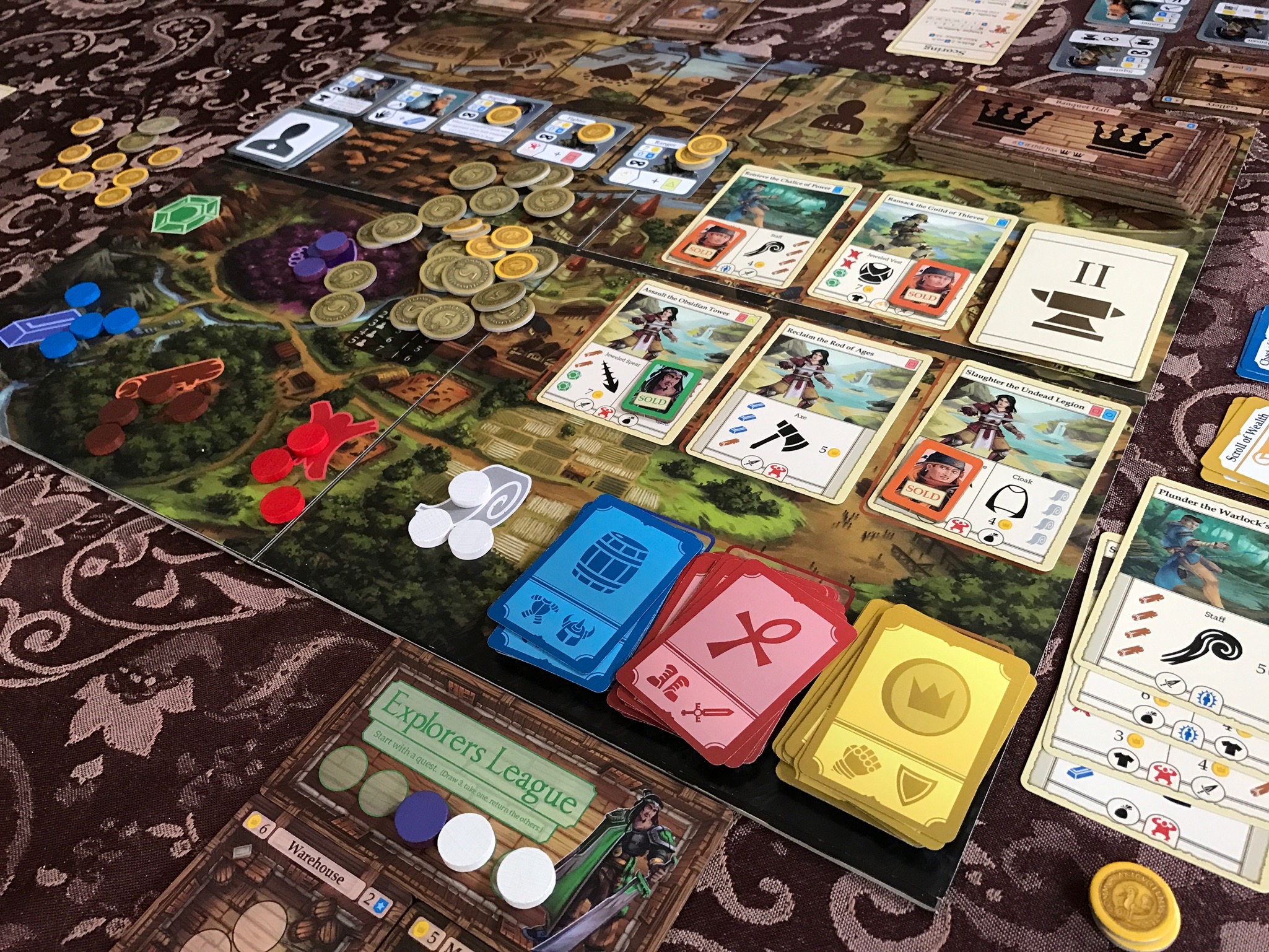 Editor’s Note: As a kind of content geek, I try new formats. So, here’s a new interviewette for designers. We promise no TL;DR. Let’s see how Matt Austin, designer of Guild Masters (a game that just launched on Kickstarter) does, shall we?

BGB: Attention is money, my friend. What is the elevator pitch for Guild Masters?

Matt Austin: Guild Masters is a fantasy crafting board game where you play a guild leader competing to establish the most prestigious guild. You’ll gather resources to supply your guild, craft powerful items to send heroes on quests, recruit new workers with special abilities, and expand your guild by building new rooms. At the end of the game, the King arrives to judge all the guilds and the player with the highest prestige is the winner.

Matt Austin: I love fantasy RPG and adventure videogames, so I’ve always wanted to make a board game in that setting. The initial inspiration for Guild Masters actually came from a cute mobile game called Puzzle Forge, where you play as a blacksmith forging weapons for different people in town. I took that idea and ran with the theme, building a board game from that perspective. I love the twist on the genre, having you play as a guild leader overseeing everything instead of the hero going on the quests.

Matt Austin: Gamers come in all different flavors, and it can be challenging to find a game that fits everyone’s preferences. My goal with Guild Masters was to design a game that was very accessible and easy to learn, but also one that has tons of depth and replayability for dedicated gamers. Playtesters have been really happy with the result, picking up the game quickly but also wanting to play again and again to master the variety of strategies. I think Guild Masters is a great fit for anyone who wants a rich strategy game that is also tightly designed and full of theme.

Matt Austin: I can neither confirm nor deny whether I’ve secretly been working on and testing rules for 6 players and for solo play. I would never tell you about that.

BGB: Thanks for telling us a bit about Guild Masters. Let’s wrap up with the key specifics (play time, number of players, and the link to the game) and also, since I think you can tell a lot about a person by understanding their sense of humor, what’s a good joke to close this interviewette?

Guild Masters is a 2-5 player game and plays in 60-90 minutes. You can check out the Kickstarter at bit.ly/guildmasters. And I’ll end with a funny board game joke I heard recently:

What kind of games do witches like? Anything hex-based.