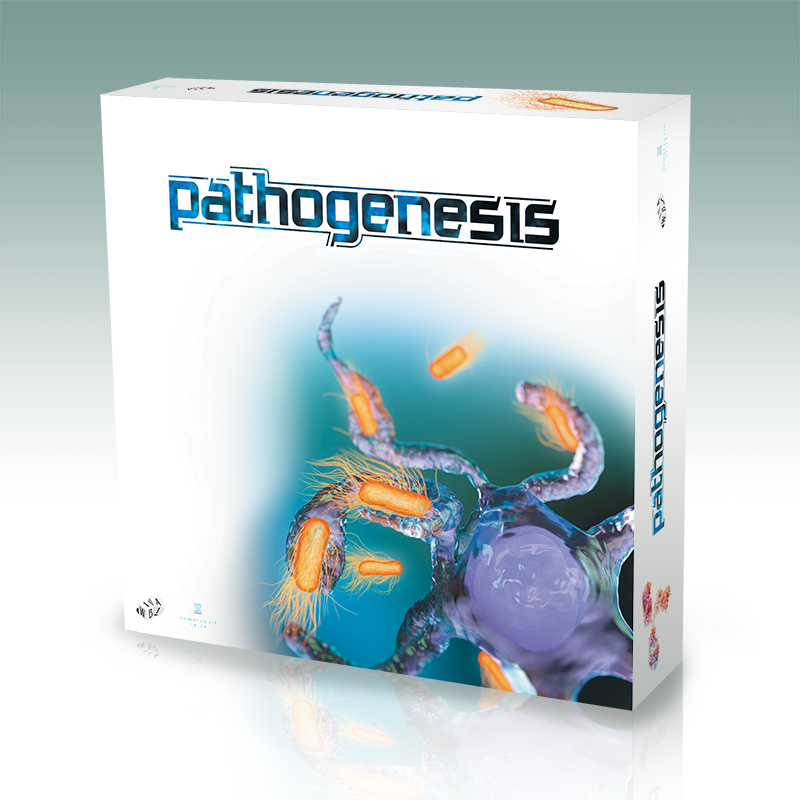 LENEXA Kansas, September 29, 2016 – WIBAI Games, a husband and wife game designer team, in conjunction with scientific illustration company somersault 18:24, have launched their second board game, Pathogenesis, on Kickstarter. The game is a fresh take on a theme explored by popular games like Pandemic and Plague Inc: a powerful bacteria begins to develop, mutate, and spread. Pathogenesis takes the theme further by bringing the battleground inside a human host on a cellular level. Players are bacterial pathogens attacking a human host. Designed for 1-4 players, with competitive, cooperative, and classroom modes, Pathogenesis has applied accurate scientific concepts and illustrations to a popular genre of game.

About WIBAI Games: WIBAI Games is a husband and wife board game design team based in Lenexa, Kansas. Their first game, Transylvania: Curses and Traitors, was published in 2015.

About somersault18:24: Scientific illustrator somersault18:24 is run by the artists/scientists Luk Cox and Idoya Lahortiga. Both of them have a PhD in Biomedical Sciences and have set out on an ambitious journey to bridge the gap between the artistic visual arts and science. They excel in helping scientists and teachers to prepare easy-to- follow yet professional scientific illustrations, and have partnered with WIBAI Games to bring stunning and colorful, yet scientifically accurate images to Pathogenesis. http://www.somersault1824.com

Check out their video: