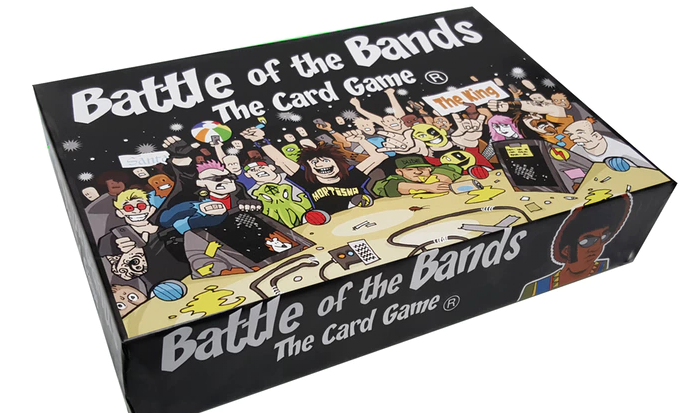 Battle of the Bands isn’t a game that I should love but I really, really like the theme. Yes, Dan Smith’s game is oldschool, has some take-that stuff going on big time, and is random-a-go-go. Who cares when the humor, the art and the theme are so incredibly fun. For me, this is like Red Dragon Inn, a game that has such a fun theme that my eurosnoot sensibilities get checked at the door. The game itself has been out for about 15 years so it was time for an upgrade anyway.

The game is also from Dan Smith, a local game designer (and talented illustrator) from Southern California and longtime BGB listeners/readers know that I love to support my neighbors and friends. But it’s not just that – Battle of the Bands is really good fun and even if you’re just buying it for the Bowie card, get it now. The specials will only be part of the Kickstarter campaign and they’re truly special.

I would have been thrilled to interview Dan to promote the game but it somehow didn’t hit my radar. Here’s an interview with him, talking about the game. Check it out – it’s going to fun on Sept 1 so get on board now.

Did I mention the Bowie card? 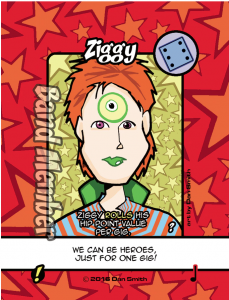 2 thoughts on “Battle of the Bands: Deluxe Edition Ends September 1 – Great Game from a SoCal Designer”