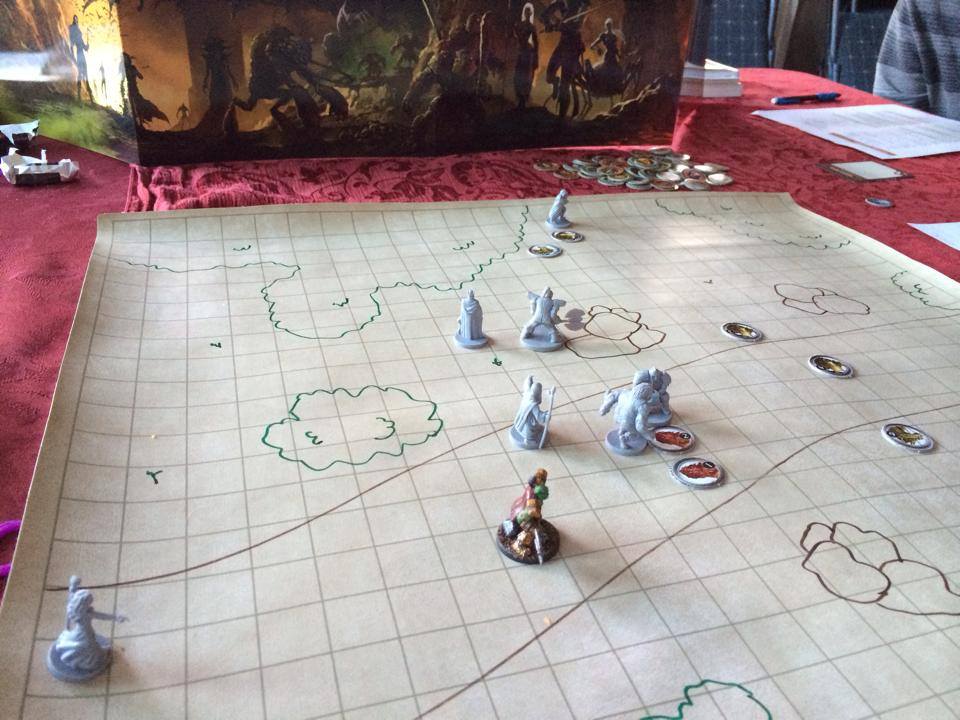 More than a few fans of the old podcast and some close friends noticed a significant shift in my game plays sometime in 2014 but not all of them asked the obvious question directly. Most were coy about it, trying to find a casual way to say what was surprising them about the type of games they saw being featured on my social media feeds. “That doesn’t seem like a game you’d be interested in playing,” said one Facebook friend after I posted pictures of my third play of Mice & Mystics last year (and after three the previous year). 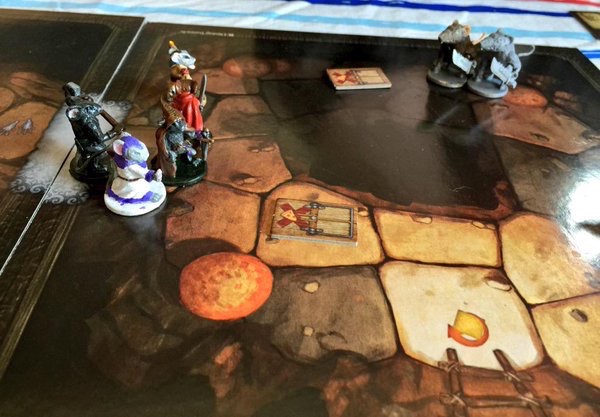 The observer was correct; anyone who has been listening to my podcast during the last decade or following me on Twitter, Instagram or other social channels with any regularity could say the same thing, “You’re a dyed-in-wool eurogamer – how is it that you’re playing all of these Ameritrash/Experience games? Have you gone born-again Ameritrash?”

The answer is essentially ‘no’ but that doesn’t tell the whole story. I will endeavor to do that now.

We were playing Qwirkle and, while I love that game, I was realizing that my teen and preteen had been 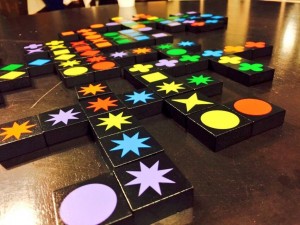 stuck in a loop playing games that were too young for them. Now, Qwirkle is good enough for anyone to play but the truth is that my kids were old enough to take on more challenging games but I’d failed to introduce them to the next step in more meaty games and so I was left still playing casual and younger-audience games with my kids.

Some time before, my good friend Devi Hughes, the man behind the Orange County Board Gamers (he and his wife), had talked about playing Le Havre with his kids who were younger than my own. Le Havre! Meanwhile, I was sheepishly playing 6+ and maybe 8+ games with my kids who were both three years older than his two kids. How did I let this happen?

Now, any gamer dad is happy to play games with their kids, almost regardless of what it is. That’s just being a good dad. But I saw the potential for my kids to play more serious games and felt like I’d missed some invisible shift from kid games to something more substantial. Sure, I played with friends and my wife will take on just about any game as long as she gets a play or two in with me first. But I wasn’t bringing my kids fully into the hobby like all gamers plan to do on one level or another.

I’d done so well with them at a younger age. They had played over 200 different games before they ever played Monopoly – and, even then, we only played it when I bought a stupidly cheap copy of it during the holidays and gave it to them as a joke Christmas gift. To my eternal delight, they hated it and my daughter actually uttered ‘It’s stupid that you just roll a die to move in this game.’ Seriously – be still my eurogamer heart.

None of the joy in their derisive attitude towards the hallmark of bad board games could change that I’d missed a transition somewhere. I decided I needed some dire measures to get things back on track.
Soon thereafter, I declared that, as a family, we’d be playing through the complete Alea series in order to kickstart the eurogamer souls I was supposed to be inspiring into my offspring. My daughter had grown less interested in games in the last year but she was sort of pressured into participating. I will say that once she got to the table, she would always have a good time and get into it (she’s a trifle competitive – actually, they both are. Good.)

As we were proceeding through this gauntlet (chronicled elsewhere), my son asked about Dungeons and Dragons. I explained that I’d played the game from elementary school to high school off-and-on but hadn’t played any role-playing games since the 80’s (I guess I’m dating myself there). I had no interest in role-playing games and when I moved on to purely board games (which had played before I ever tried RPGs), my personal group of gamers moved on with me. Other than my friend Clark occasionally complaining, everyone was fine with the move and no one suggested we go back to GURPS, Champions, Call of Cthulhu, Traveller and D&D.

Yet, as I say, a good gamer dad encourages any kind of games (even video games, which I produced for many years so I was happy with that, too) so I sought out my friend Devi again, who was raising his kids on both board games and RPGs. He was kind enough to run a game of Dungeons and Dragons for us. As it happens, my longtime friend and fellow gamer, Chad Smith (who develops and designs with me sometimes), brought his own son to the game as well. Apparently, I wasn’t the only one whose offspring wondered about the game we had so enjoyed in our youth.

Soon enough, we settled down in our game room and played a massive 4th Edition game of D&D with a few adults and a bunch of kids. While Devi did a great job running the game, it wasn’t my cup of tea. It was about six hours of play for a couple of combats against some kobolds and some time walking down a road. My eurogamer mind imagined how much delightful cube-pushing, auctioning, trading, and negotiation play I could have enjoyed during that one long afternoon. I calculated the mix of fillers, meatier games, maybe a middle-weight or two thrown into the list. That would have been a better day than this excursion to kill kobolds and goblins while teenagers fussed about whose turn it was and wanting to go to town to ‘buy new boots.’ While that wasn’t my RPG experience in the 80’s, I’d always avoided players who did that sort of thing. The lengthy process of resolving battles felt flat to me. I wondered how some of my friends had so strongly embraced 4th Edition when it came out. Devi was a competent DM. The kids were a bit rambunctious and all but the whole thing just fell completely flat. I thought that clearly these experience games and Ameritrash just weren’t for me but I wasn’t done trying.