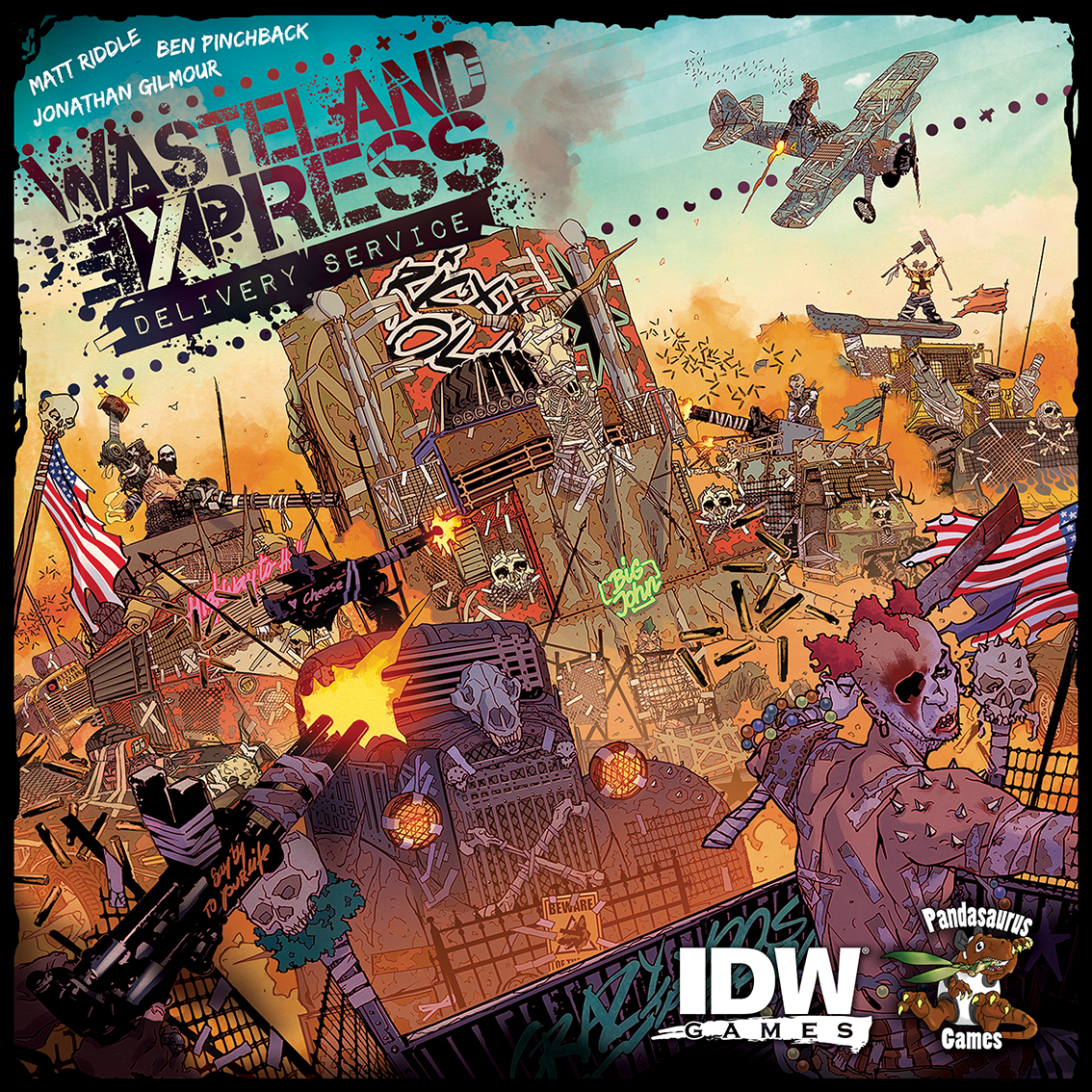 Las Vegas, NV (March 15, 2016) – Today marks the unveiling of a big box board game unlike any other. Wasteland Express Delivery Service is the depraved brain child of mega designer Jon Gilmore (Dead of Winter), Matt Riddle(Fleet, Back to the Future), and Ben Pinchback (Fleet, Back to the Future), brought to technicolor life by award winning comic artist, Riccardo Burchielli (DMZ, Batman Black and White).

Take on the role of drivers inhabiting a post-apocalyptic wasteland riddled with outrageous, unhinged and otherworldly characters set on unleashing mayhem at 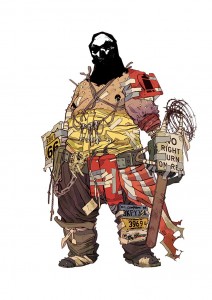 every turn. In order to survive in this deranged universe, drivers must deliver food water and guns between the handful of settlements pockmarked through the Wasteland. If you want to survive you’ll have to battle through the insane raiders who occupy the void between cities. You’ll take on missions from the three factions that have divided up the last of civilization and gain favor with them: the fascist New Republic Army which is hellbent on bringing the world to heel for its own good; the heretical Oracles of Ceres who have turned their attention to the worship of the land; and harvest, and the technologically obsessed Archivists who cling to the old ways and the hope of restoring our lost civilization. But what the f*&% do you care? You’re here to get paid and live another day free. Outfit your truck, hire some insane riders to help fend off raiders. Add some storage, and just keep truckin’.

The game will come complete with a emergent narrative story that will take place interactively over the course of 10 games. Each scenario will begin with a beautifully illustrated comic book introduction setting up the story line and the constantly escalating stakes and challenges set in front of players. Or players can dive in with a randomly generated scenario that will play out over the course of a single emergent story driven game session for infinite replay possibilities.

“Among the myriad things we are completely flipping over re Wasteland is that nothing like this has really ever been touched in the board game community,” said Molly Wardlaw, Managing Director of Pandasaurus Games. “When we first heard the pitch, we were sold. Then Riccardo turned it into this almost unwieldy beast that pushes the limits in pretty much every imaginable way. It’s beautiful and grotesque at the same time. And we are completely in love.”

In addition to the phenomenal art of Burchielli, the great Joshua Cappel has fleshed out the world graphically with a board that feeds the mayhem while keeping gameplay accessibility at the forefront. And, because a game of this caliber, and insanity level, would not be complete without stellar minis, Justin Blintz has created delectably detailed models of each playing character’s delivery vehicle of choice. 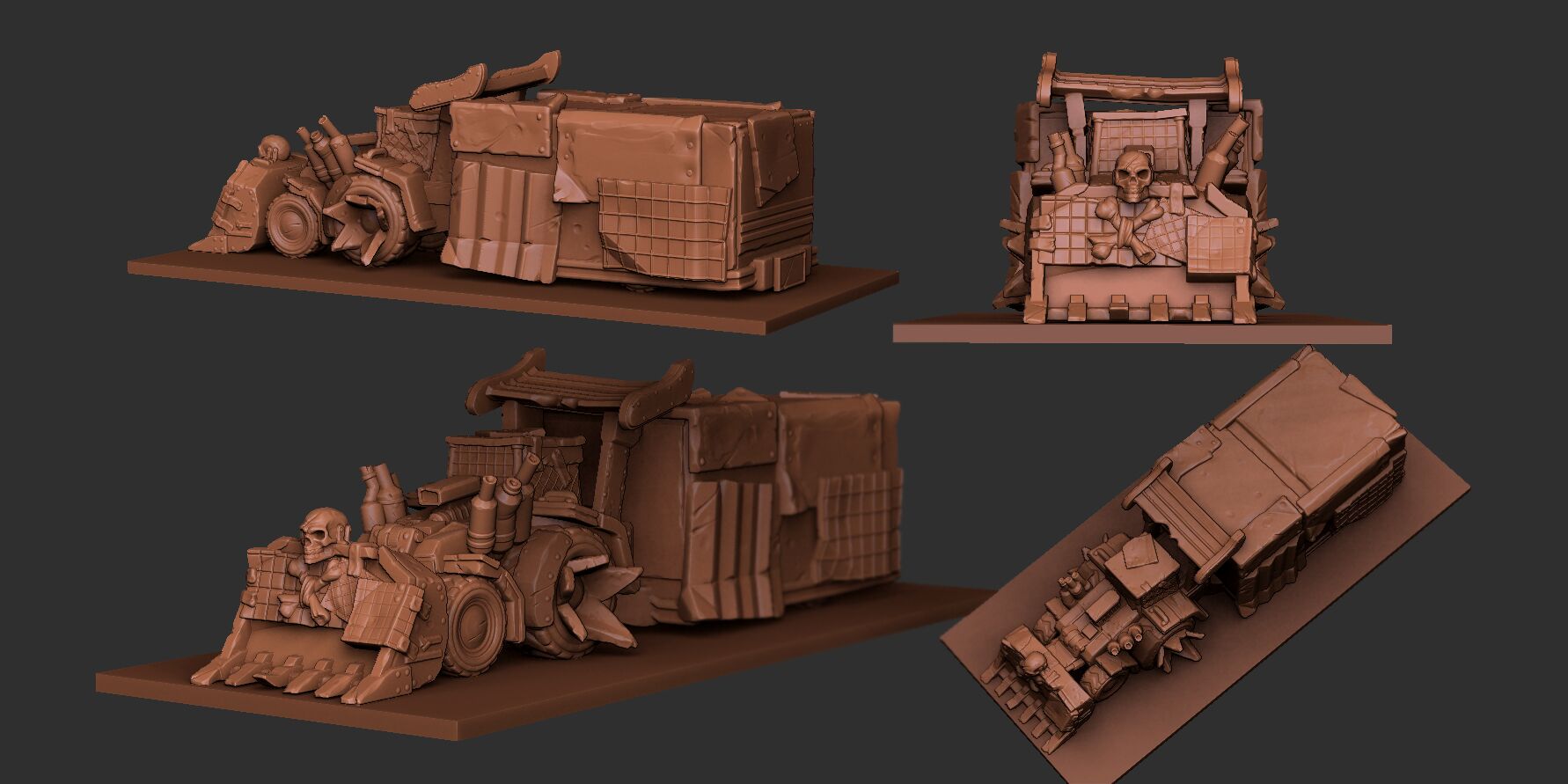 “This is a game that I can’t wait to get into players hands.  The gameplay is so perfectly balanced, with an emergent storytelling experience taking place over the course of 10 games and more than 100 pieces of the best artwork you’ve ever laid eyes on.  No two cards in this game share any artwork.  I’m confident this is going to be one of the hottest releases of 2016, and I absolutely cannot wait to share more in the coming months with fans of Jon, Riccardo, Ben, and Matt.  This is a game that is going to exceed all expectations” said Nathan McNair, President of Pandasaurus Games.

So hold onto your trucker hats, and your stomachs, as the Wasteland Delivery Service is about to roll into town. And you’ll never be the same… We promise.

Wasteland Express Delivery Service will be represented at the GAMA trade show March 16-18, 2016. Stop by the IDW Games Booth to nab an exclusive WEDS trucker hate (free to the first 400 fans)!