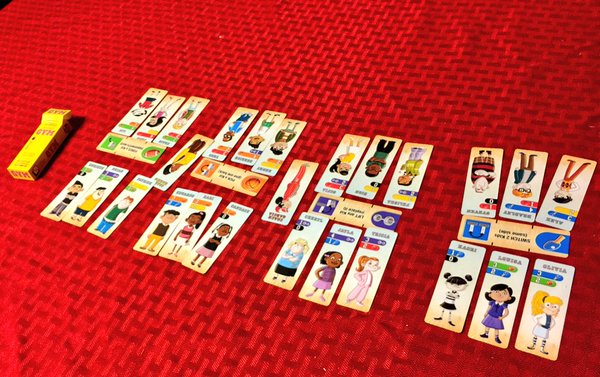 I love the microgame. While shorter games with minimal components have been around for a long while and the term ‘microgame’ meant something a bit different back in the 80’s, the modern microgames hit the US with Love Letter from Alderac Entertainment a few years back. Like so many others who hadn’t been privy to the movement in Japan that had been brewing for some time, I was immediately charmed by the little velvety red bag that Love Letter was packaged in. Better yet was the delight I experienced when I discovered the quick game play involving a slim deck of cards and small red cubes to track who was winning. The game, which has been developed into other titles, has its naysayers but the genius of designing with minimal components as a limitation produced a wonderful little diversion – and inspired US players to get interested in the many microgames that Japanese players were already enjoying.

Flash forward a few years and the microgame is huge. You can buy Oink Games on Amazon, the BGG Store is so lousy with them that some are on clearance and a funny Californian game designer (yes, ‘haha’ funny) named Chris Handy has a gaggle of them. Last year, he mounted a successful Kickstarter for eight different microgames that all looked like packs of gum but varied widely in game play. The ‘gum cards’ are narrow decks that are used all kinds of interesting ways in Handy’s collection of amusing and clever titles. They play quickly, make excellent use of the design limitations he set for himself, and cover a nice cross-section of themes, too.

Now, Handy and his Perplext Games are back with a set of four new games as Pack O Game 2. While fans of the past series (your author included) might be wondering what happened to BOO and NUT (to games mentioned in the campaign but not published), the new titles are welcome additions to the collection. (UPDATE – You get to vote on which one is the first stretch goal. Need I say: GO BOO).

(Disclosure: This reviewer received pre-release copies of the games, as he did with most of the Pack O Game 1 titles but he expects to support the campaign like he did last time. Also, these reviews are based on a pre-production prototype. Components, art, and rules may have been updated before publication. Also, maybe I missed a rule. It happens.)

My favorite of the lot is RUM, a 2-4 player game where players are trying to collect sets of rum bottles of different colors. The gum cards are mostly rum bottle cards with different color bottles on each end. Players draft cards from the table to build up enough cards to take control of the similarly colored Captain cards (of which there are seven, and all are apparently thirsty). When you draft cards, you take them into your hand for future use and replace them. The other option is to play cards from your hand and choose which side you’re using. Once you’ve played them, if you have the most of that color, you gain the Captain. That element feels a bit like the old Ticket to Ride Card Game (itself a bit like Crazy Chicken/Drive from Michael Schacht) but this plays quicker, has a Parrot card to scare off hoarders, a tricky way to steal a Captain, and a simple clock mechanism to keep the game running just a quarter of an hour. RUM has a winning combination of mechanisms and more game than you’d expect to get in 15 minutes. We really enjoyed it and will play it a lot more.

ORC was also a big hit with us. A two-player wargame abstracted to euro goodness, it feels a little like Schotten Totten/Battleline but with its own character (and I don’t just mean orcs filling in for the Highlanders). ORC plays in just minutes as the two players quickly dole out their gum cards with different tribes of orcs. The limitation is that they are orcs and so they can only be played on land that doesn’t match their origin (GET IT: Orcs aren’t peaceful so they don’t care about fighting for their own land – they want the other guy’s). So, while each player is battling with the same orc tribes over the same land, my set of blue orcs must battle my opponent’s different colored orcs on land that is also a different color. Play varies because playing a single orc vs. a double orc card designates whether you add one or two cards to your hand. You play through the cards and then tally up orc totals to see who wins. It’s a great little restaurant game to play while waiting on your food since it sets up quickly and playtime is just five minutes or so. ORC plays like a satisfying abstract that takes five minutes – until you immediately want to play it again.

Despite its silly theme of coaching kids playing sports in school, GYM is actually the most strategic of the initial four Pack O Game 2 titles. Clocking in at 20 minutes (and our first game took even a bit longer), the game plays in two parts: first drafting a team of kids and then allocating them to four of six possible sporting events in the second portion.

Kid cards have two sports in which they add value to the team (just like in real life) and you draft them based on coming up with a good cross-section of players. Weaker cards are actually Bullies but they give you the power to help decide which sporting events will happen in the second half of the game. After the draft, players then allocate their players to the four of six sports that were selected by Bully in the first part. Play will trigger manipulation of the ranks but this is mitigated by Coach cards (flipped over from the two sports not being played), which can bring some stability to the proceedings. GYM has some clever choices in both parts of the game and is much more thoughtful than it might appear. It’s the least appealing of the themes in this set for me but it’s quite a good little game..

Lastly, SOW takes the gum cards to the garden with a mancala-style mechanism to spread seeds. The setup has the cards spread out with each player set up behind a wheelbarrow that is hiding the color of flower they want the most. On each player turn, the active player moves a stack of seed and/or flower cards around the circle until the run out. That usually triggers either seeds turning into flower or flowers being put into the bouquet (score area) of the player whose wheelbarrow they are below. There’s a gopher and a windmill that controls the mancala direction but they didn’t move much in our game. SOW ends when all stacks have one or no cards left, at which point flowers are counted and those that match the player’s secret color are worth more. We had a couple of players who felt they didn’t have as much control as they would have liked in SOW but they still did fairly well and enjoyed the game.

The four titles mentioned above are now available on Kickstarter and I can tell you I will be supporting them. I’m hopeful that the campaign will include even more games in the series as the last set included some real winners, including GEM, HUE, SHH and TAJ. I love the design aesthetic Handy has brought to the series, both in the game design and the marketing/packaging of the series. We still bring the original Pack O Game series (in the lovely satchel they came with) on game days and when we travel because they are wonderful opening and closing games to get you going or to wind down a fine day of tabletop fun with friends and family.