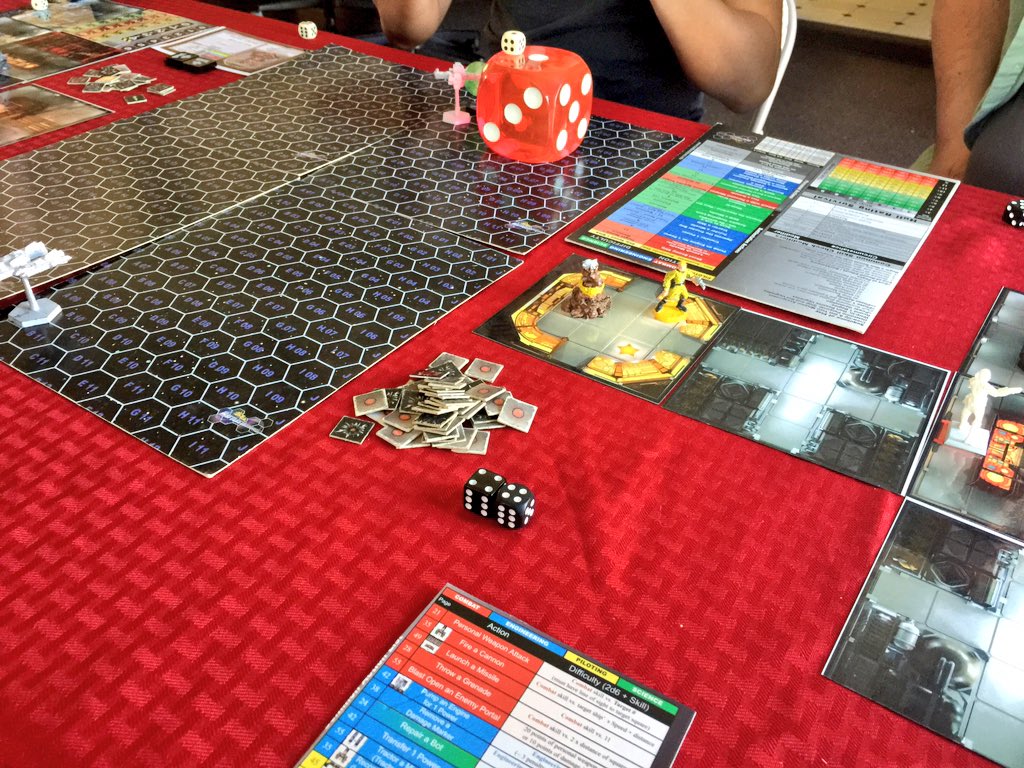 Two shows in a week? What’s going on? Boardgame Babylon is back again. I sacrificed my Superbowl Sunday for you (not really) to play the brand new Battlestations! 2nd Edition and bring you this podcast with designer Jeff Siadek and his producer, Joey Vigour. Jeff’s been a local hero designer here in SoCal for decades (like three of them) and Joey’s newer to the scene, having published his game Chaosmos just last year.

We recorded a podcast w/@JeffSiadek after our game. Soon to come. Given up on @acast so I found another option. pic.twitter.com/JRmYohCcWI

The boys were kind enough to give up their Panther-Bronco battle (they didn’t care either) to take Ta-Te Wu, my brother-in-law Mason and myself through the game. We had a terrific time even though it’s not really my kind of game normally. Battlestations! transcends those eurosnoot-ameritrash lines a bit because the storytelling is so powerful.

Here’s our podcast talking about the game and its history.

My written review is on the way…

Thanks for downloading and listening to Boardgame Babylon.